Selling Out: Should Museums Sell Art to Survive? 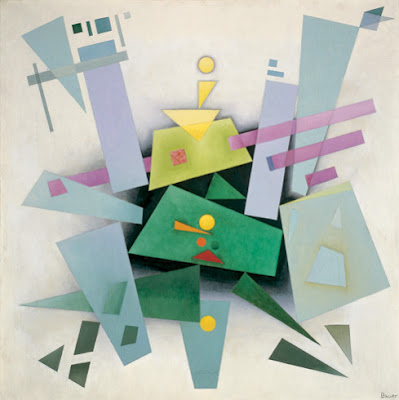 Desperate times call for desperate measures. But what happens when desperate times strike cultural institutions such as museums? The International Committee for Museums and Collections of Modern Art (aka, Cimam) recently restated their opposition to museums taking the “nuclear option” of selling off works of art not to improve their collections but, instead, simply to keep operating financially. Others claim that in today’s lagging global economy we need leaner, meaner museums or risk having no museums at all. At the heart of this great “selling out” rests the question of who decides what is to be sold. Please come over to Picture This at Big Think to read more of "Selling Out." 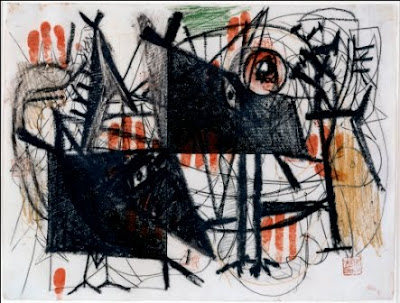 [Many thanks to the The Noguchi Museum for providing me with the image above and a review copy of the catalogue to the exhibition On Becoming an Artist: Isamu Noguchi and his Contemporaries, 1922-1960, which runs through April 24, 2011.]
Posted by Bob at 10:47 AM 2 comments:

New World Order: The Art of the Americas Wing of the MFA, Boston 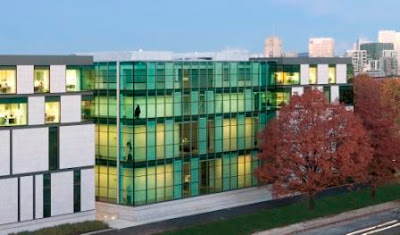 Aside from the almost comically anatomically incorrect shark, the aspect of John Singleton Copley’s 1778 painting Watson and the Shark that most catches my eye is the black seaman standing in the boat watching the shark attack unfold before him. With Watson and the shark forming the bottom two points of a triangle, the black figure crowns the peak. Copley originally painted a white seaman with long, flowing hair in that place, but changed to the black figure for the final painting. A copy of Copley’s painting appears in the newly opened Art of the Americas wing of the Museum of the Fine Arts, Boston (exterior view above). Just as Copley reordered the world of his painting and included the often excluded black face, the MFA reorders the world of their American art collection and goes global—mingling more than 5,000 works of art from North, Central, and South America arranged chronologically on four gorgeously redesigned floors. Works often relegated to special sections or (even worse) storerooms, find reintegration into the mainstream flow of art history in an almost sneak attack on the senses. This new world order of the American art world reflects the new reality of modern America. Please come over to Picture This at Big Think to read more of "New World Order."

[Many thanks to the Museum of the Fine Arts, Boston for providing me with the image above and other press materials related to the opening of their new Art of the Americas wing. Short videos of the new MFA are available on their YouTube channel.]
Posted by Bob at 7:50 PM No comments:

Taking Ownership: The Louvre Asks the Public to Pitch In 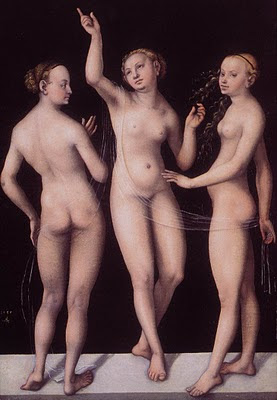 For the first time in its 217-year history, the Louvre, perhaps the greatest museum in the world, is asking the French public for financial help to purchase a painting. Even after tapping their own resources, the Louvre found itself 1 million Euros ($1.35 million USD) short of the purchase price of German Renaissance painter Lucas Cranach the Elder’s 1531 painting Les Trois Grâces (The Three Graces in English; shown above). "It's a work that is amusing, troubling and mysterious, as well as very sensual at the same time," Louvre president, Henri Loyrette, says in defense of his belief that Cranach’s ladies could be an iconic work for the museum along with more familiar faces such as Leonardo da Vinci’s Mona Lisa and the Venus de Milo. But not everyone agrees with that belief or the idea that the public should pitch in and aid the effort to own the enticing trio. Please come over to Picture This at Big Think to read more of "Taking Ownership."