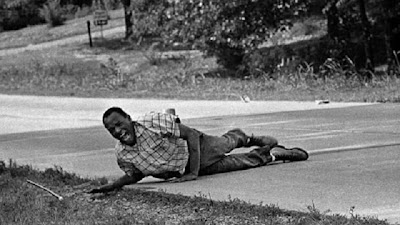 [Many thanks to the University of California Press for providing me with a review copy of Martin A. Berger’s Seeing through Race: A Reinterpretation of Civil Rights Photography.]
Posted by Bob at 7:16 PM 1 comment:

Will Crystal Bridges Become the Walmart of American Art Museums? 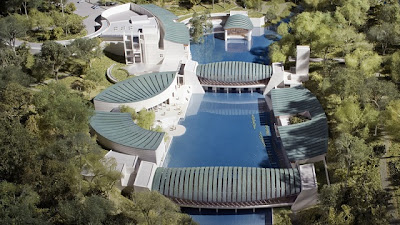 When Walmart comes to your town, there are always two different reactions: “No! They’ll kill all the small businesses!” Or “Yes! Big selection at low prices!” A similar phenomenon is taking place in the world of American art museums as all eyes turn toward Bentonville, Arkansas, where the doors of the Crystal Bridges Museum of American Art will open this November. The brainchild of Alice Walton, daughter of Walmart founder Sam Walton and the third richest woman in the world (her sister-in-law Christy is number one), Crystal Bridges both beckons art pilgrims to a new experience and inspires dread in those who see it as a sign of the apocalypse of art in America. After reading Rebecca Mead’s New Yorker profile of Alice Walton and her museum, “Alice’s Wonderland,” it’s only natural to ask if Crystal Bridges will become, for good and/or ill, the Walmart of American art museums. Please come over to Picture This at Big Think to read more of "Will Crystal Bridges Become the Walmart of American Art Museums?"
Posted by Bob at 12:46 PM 2 comments:

How to Unleash Your Inner Cartoonist 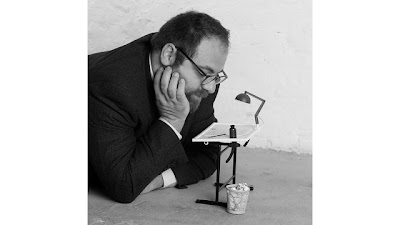 We all draw as kids, yet most of us stop drawing somewhere around the fourth or fifth grade. Doodles seem unserious by then, and adulthood only makes us less likely to draw. Ivan Brunetti’s Cartooning: Philosophy and Practice might be the way to rediscover, if not your “inner child,” perhaps your “inner cartoonist.” “This ‘classroom in a book,’” Brunetti (shown above) explains, “provides the aspiring cartoonist with a practical means for creative self-discovery and the exploration of complex ideas through the iconic visual language of comics.” Cartooning may be the medium, but self-discovery and self-exploration is the message. Please come over to Picture This at Big Think to read more of "How to Unleash Your Inner Cartoonist."

[Many thanks to Yale University Press for providing me with the image above and a review copy of Ivan Brunetti’s Cartooning: Philosophy and Practice.]
Posted by Bob at 12:09 PM No comments: