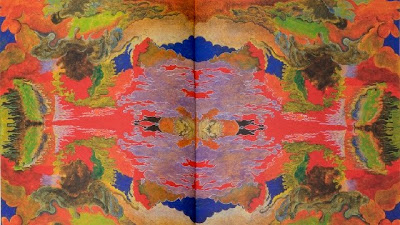 Unhappy with his art, Richard Wright destroyed all of his paintings in the late 1980s and gave up painting altogether for two years. Returning to the art world from that self-imposed exile, Wright began painting unique minimalist works in the corners of galleries and other spaces, only to have them painted over right after the exhibition. “Wright’s practice is always framed by an embrace of contingencies,” writes Russell Ferguson in his essay in the first monograph on Wright, titled Richard Wright. “The work is formed out of a concatenation of elements that come together as a kind of performance: the ‘live situation.’” Although nothing of his work from before 1999 survives, Wright’s painterly performances live on in photography and in the memories of those who experienced them personally. The power of those perceptions helped Wright earn the prestigious 2009 Turner Prize. Wright fully accepts the contingencies of time and place in his art and arrives at a plan that is both beautiful to look at and mystical to behold. Please come over to Picture This at Big Think to read more of "Contingency Plan."

[Many thanks to Rizzoli for providing me with the image above and a review copy of Richard Wright.]
Posted by Bob at 8:17 PM