Blunting the Cutting Edge: Project 789 and the New Art in New China 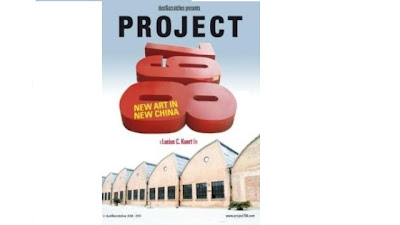 When Huang Rui first set up the 798 Space Gallery in 2002, shortly after returning to China after years of exile for his anti-Communist regime art, he knew he could be getting himself into more trouble. In a new documentary, Project 798—New Art In New China: A Documentary by Lucius C. Kuert Rui and others look back at those troubled days as a golden time for Chinese art and the 798 area, which the Chinese government has co-opted as an arm of their tourism campaign, thus blunting the cutting edge art that once sliced open its thin façade to reveal the darkness within. Project 798 bravely shows us the consequences of art selling out to the powers that be as well as the continuing battle of Chinese contemporary art to hold onto a sense of social consciousness despite the powerful forces aligned against it. Please come over to Picture This at Big Think to read more of "Blunting the Cutting Edge."


[Many thanks to Microcinema for providing me with a review copy of Project 798—New Art In New China: A Documentary by Lucius C. Kuert.]
Posted by Bob at 7:34 PM

Why we have decided to collect chinese contemporary art ?
First reason : Art is the mirror of a Society Even if Art is more and more global, Art is also a product of language, geography and history. “Chinese contemporary art reflects Chinese modern life from every aspect including politics, economics and culture. When we came for the first time in Shanghai in 2005 I felt that there was another logic here; something that speaks of a very schizophrenic attitude towards economic development, the city embodies a ceaseless pursuit of the “superhuman” that redefines traditional definitions of humanity, sustainability, scale, speed. Somehow these feelings were very inspiring and we wanted to find art and artists that express the relationships between contemporary art production and society. Second reason : China has a long cultural history Culture exists in China for more than 5.000 years Third reason : Collecting is the best way to connecting to people Through this collection, we were able to meet a lot of people in China and to better understand chinese culture
What type of artists we are interested in ?
Firstly Artists who remains individuals, autonomous persons and who are nevertheless decisive factors within this general movement. For example Gu dexin. Beijing-based Gu Dexin, this most enigmatic and evasive figure within the contemporary Chinese art scene. His distrust in all systems and his objection to live his life according to conventions set by any social milieu made him choose retreat as a strategy, a retreat from obligations and mainstream that actually advances him in a position of relative freedom and autonomy. He is one of the most respected artist by curators of all of the world
Secondly Artists who can implant and advance Chinese traditional painting, traditional Chinese aesthetics and thought into a contemporary context and thus reaching an ideal model of “cultural and individual autonomy” For example Yang Jiechang. His large inks are based on the traditional Chinese principle of the sublimation of the self to put forth the spiritual qualities inherent in the work and the material, which, on the conceptual level, means advancing through retreat and non-doing.
Third point: Artits who approaches contemporary discourse through promoting local and vernacular culture. For example Zheng Guogu with Yangjiang Group. Zheng Guogu who is one of the most famous artist from the young generation has decided to live at Yangjiang and not in Beijing By retreating to Yangjiang, on one hand, he creates a space for non-mainstream, locally-imbedded artistic imagination and creation. On the other hand by including those local outcomes in his projects he advances the local onto a global platform.
“
Why should not the best Asian artists be priced at the same levels as their western counterparts?
There has been a lot of money flowing around the Chinese art scene over the past few years that has had a dramatic effect on the art scene and the nature of the art being produced. This volume of funds is going to fluctuate in the coming year or so, which is not a bad thing. It might make artists reflect upon the quality of the work they are producing, and encourage some of the new galleries to formulate more productive strategies to deal with a slackening off in the market. So, hopefully, these recent events will have a positive impact. Many people in China today are only just becoming aware of the contemporary art produced by local artists  Since then several well-known mainland collectors have emerged on the scene.
The market for Chinese contemporary art pieces shows great potential, but at the same time, it faces many questions that had never arisen before. It is constantly initiating contemplation and inquiry So even as the market stumbles, and even as we hear rumours that almost a third of the galleries in China there are headed for extinction in the coming months as rents rise and sales drop, I can’t help but feel optimistic for the future.
sylvain levy
Founder of dsl collection
http://www.dslcollection.org/

Thanks for sharing this review on your blog! We very much appreciate it! We have also posted this review on our social networks. Hope to hear from you there!