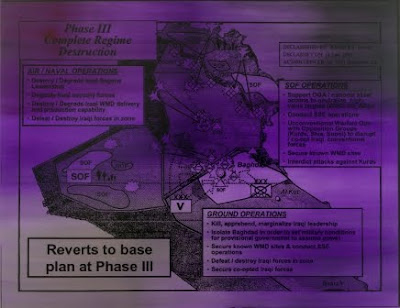 Jenny Holzer works in words. Her art flows from the endless river of language that surrounds us. She dips her hands into that river and pulls out a tiny handful for us to look into and reflect. For most of her career, she’s distilled these little draughts into “truisms” such as “Don't place too much trust in experts.” In a new exhibtion at DHC/ART Foundation for Contemporary Art in Montreal, Quebec, Canada, Holzer takes on the “experts” who have orchestrated the United States-led invasion of Iraq and all that has followed to today. Turning their own words around, Holzer holds up language as a mirror to show them and us the consequences of how words are used and misused. This analysis may be too late in some ways, but also just in time to show how language, too, can become a weapon of mass destruction. Please come over to Picture This at Big Think to read more of "Textual Analysis."

[Many thanks to the DHC/ART Foundation for Contemporary Art in Montreal, Quebec, Canada, for providing me with the image above and press materials for Jenny Holzer, which runs through November 14, 2010.]
Posted by Bob at 8:45 PM