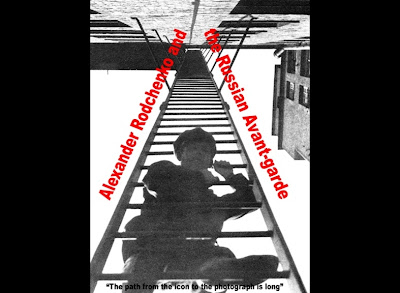 “The road from the icon to the photograph is long,” says Alexander Rodchenko at the very beginning of Michael Craig’s 1999 documentary Alexander Rodchenko and the Russian Avant-garde, released just in 2007 on DVD by Copernicus Films. Using archival film footage as well as Rodchenko’s own art, all set to the strains of Dmitri Shostakovich and other Russian avant-garde composers of the time, writer-producer-director Craig recreates the spirit that drove Rodchenko and the Russian avant-garde to believe in the Socialist revolution and to create a whole new visual language to accompany that brave new world. 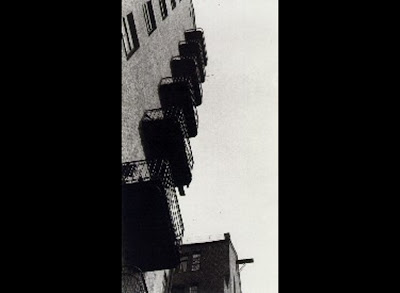 Craig begins by setting up not only Rodchenko’s development as a photographer but also the development of photography itself—a still-new medium in the early twentieth century. Just as Rodchenko came to photography after a career in painting, photography itself continued to borrow heavily from its fine art roots—until Rodchenko vowed to free both himself and his newly chosen field from that burden of the past, which came to represent all the burdens of the past that the glorious revolution strove to shake off. Craig shows how Rodchenko’s abstract painting, founded primarily on the use of lines, translated into Rodchenko’s photography, which sought out the lines in modern architecture. Rodchenko took that seeking of lines even further in his concept of “persepectives”—unique photographs taken down from or upwards to extreme heights, such as his photograph of a series of apartment balconies (above). Through these perspectives, Rodchenko hopes “to demonstrate the aesthetic of the urban world” and the new relationships forged in that world, all with the goal of serving those living under Socialism. Moscow becomes Rodchenko’s “laboratory,” Craig writes, within which he wandered, continually hunting for new and challenging angles to photograph and share with his comrades. Rodchenko disdained the intentionally staged photograph, always looking to photograph everyday life but in new ways to help further the understanding of the effects of the new ideology on the everyday Russian. Craig masterfully demonstrates the social mission and relevance of Rodchenko’s avant-garde art, bringing a sense of meaning and mission so often lacking in modern art. Using Rodchenko’s own words and images, one can’t help but believe in the sincerity of his ideals, even when doubting the possibility of their attainment. 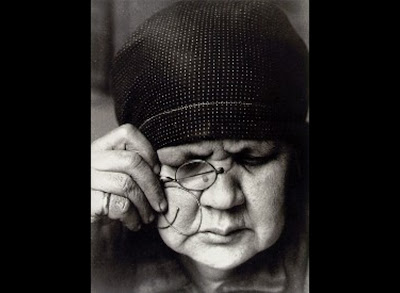 By first showing Rodchenko’s photographs of different buildings and then slowly melting into footage of those same buildings today, Craig conveys a sense of Rodchenko’s art as something truly living and vibrant. The faces of the common people Rodchenko photographed back then (such as the woman shown above) could easily be seen on those same streets today. When the film turns to Rodchenko’s foray into advertising as a means of reaching the masses through his art, his influence on even the Western world becomes clear. Craig and Copernicus Films have created several other films analyzing different aspects of the Russian avant-garde, including Architecture and the Russian Avant-garde; Mayakovsky; Meyerhold, Theatre and the Russian Avant-garde; Kandinsky and the Russia House; and David Burliuk and the Japanese Avant-garde. If the other films (which I have not seen) share the same detailed research and production values as Alexander Rodchenko and the Russian Avant-garde, they should add up to a significant scholarly contribution to the area. 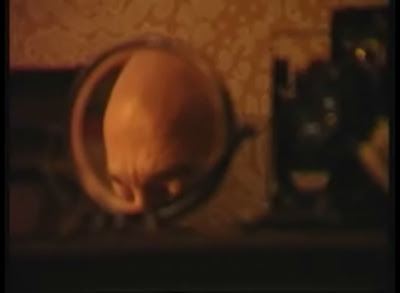 For American audiences, I can only compare Alexander Rodchenko and the Russian Avant-garde to an American Masters special on PBS, except that the 40-minute film’s narration is much faster paced and literally jam-packed with detail. For anyone interested in photography, art history, or twentieth-century political history, this film will dazzle you with detail and make you want to watch it again. I only wish that I could find such challenging work on American television. Craig does make use of an actor to play Rodchenko (so often the downfall of so many historical projects), but never allows us to see that actor’s face, offering only glimpses in mirrors (above) and shots of his bald head from behind. Such elusiveness allows us to believe we’re actually watching Rodchenko ponder his next move as his own words “speak” through the narrator. 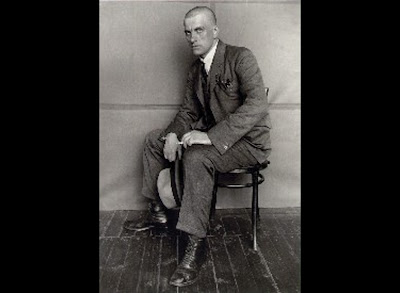 “Gentleness is a posthumous honor,” the Russian poet Yevgeny Yevtushenko once wrote of Vladimir Mayakovsky, the Russian-avante garde poet who worked with Rodchenko many times and later took his own life after cracking under the pressures of creating revolutionary art. With Alexander Rodchenko and the Russian Avant-garde, Michael Craig and Copernicus Films have paid Rodchenko a similar honor in presenting his life and art gently and honorably—free of the ideological baggage so often superimposed by the historical hindsight of the Cold War and the fall of Communism. Rodchenko the avant-garde prophet, burning to lead his people to the promised land of Socialism’s ideals through the fresh eyes of his photography, emerges as a heroic figure. Despite his call for “workers not geniuses” to serve the cause, Rodchenko’s own genius left a body of work that still makes us see the world anew and wonder what could be.


[Many thanks to Michael Craig and Copernicus Films for providing me with a review copy of the DVD Alexander Rodchenko and the Russian Avant-garde and the images from the film shown above.]

The site, http://www.reconstructingmayakovsky.com
is inventive and interactive. Like the novel, it combines elements of science fiction (the man did ask to be resurrected in the future,) poetry, the detective story and historical fiction to tell the story of Mayakovsky in a radically different way.
If you enjoy it, I hope you’ll share it with your friends or on your blog. Thanks.