For the July Art Poll By Bob, I asked, “Who is the greatest painter’s muse of all time?” From the bevy of inspiring beauties you selected Elizabeth Siddal, muse of Dante Gabriel Rossetti and other members of the Pre-Raphaelite Brotherhood, as the musest muse of all, with 15 votes. Helga Testorf, muse of Andrew Wyeth, came in second with 10 votes. Jeanne Hébuterne, muse and common law wife of Amedeo Modigliani, followed with 8 votes; Aline Charigot Renoir, muse and wife of Pierre-Auguste Renoir, won 7 supporters; and Joanna Hiffernan, muse of James McNeill Whistler and Gustave Courbet, and Marie-Therese Walter, one of many muses of Pablo Picasso, tied for last with 6 votes each. Thanks to everyone who mused over my question and voted for their favorite muse.

For the August Art Poll By Bob, in honor of Annie, Alex, and my annual trek to the New Jersey Shore for sun, surf, and fun, I offer the following question: “Which of the following works brings the beach home to you?”: 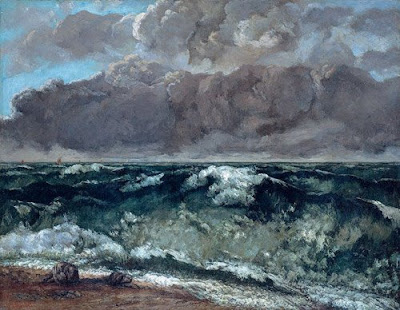 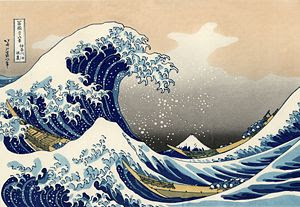 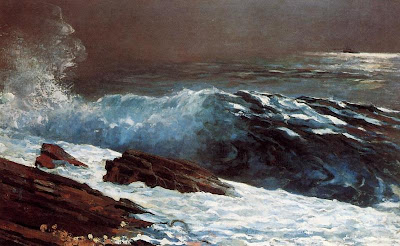 Winslow Homer’s Sunlight on the Coast (1890) 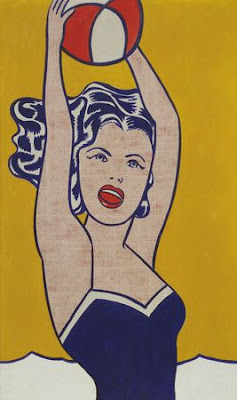 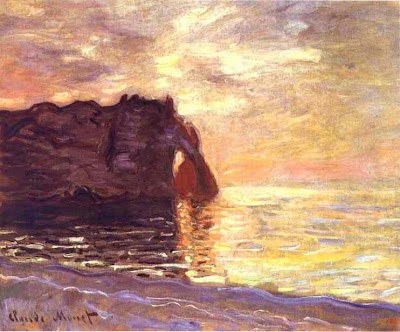 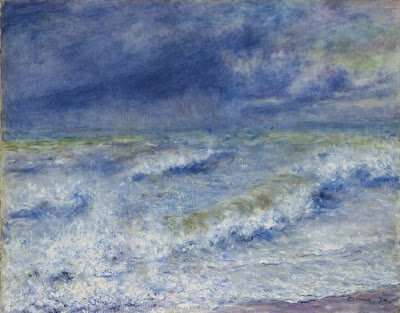 And when I say “bring the beach home,” I don’t mean sand in unmentionable places. As always, this is a very personal, very incomplete list, so please feel free to add your candidates in the comments below, with a link to the picture, if possible.

From August 9th until August 18th, Art Blog By Bob will be on vacation. I can’t promise amazing sand sculptures like the “Sandy Warhol” version of Andy Warhol’s Marilyn Monroe prints (top of this post), but Alex and I will undoubtedly try to dig our way to China, hopefully in time for the Olympics.

Slap on some SPF 100, put on your bathing suit, and dive right in with your vote today!