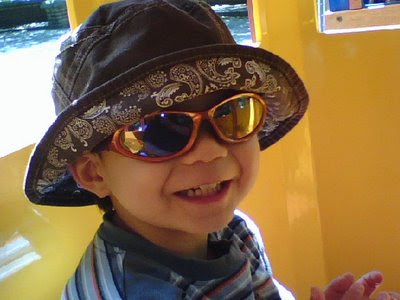 Dear Sir, I have a complaint
Can't remember what it is

The main reason I’ll be voting today appears above and below. If you don’t have a youngster in your life right now, I ask that you think of a little boy named Alex who loves to ride the train at the zoo (above) and whose patriotically decorated wagon won the second place ribbon in the last Fourth of July parade (below). He and his friends will be the ones paying in treasure and, perhaps, blood someday for the mistakes of the last eight years. As some of my more vocal commenters know all too well, I believe that Barack Obama should be the man to lead us out of the darkness of this sad era. More than anything else, I want to believe that today’s election will end the years of whispers and begin the years of shouting—a regaining of our country’s true voice of reason, justice, and compassion. Misguided “wise men” have silenced true debate for too long in the name of false patriotism. True patriotism doesn’t fear anything, especially open debate and passionate questioning of what direction this nation should take.

Alex is still too young to understand what’s going on. One day I want to be able to show him this post and these pictures and tell him his parents voted for him, for his future. Like Obama, Alex is a mixed kid—half-Chinese and half-Irish/German. Obama, Alex, and all the other mixed kids represent the future of America, the next step in the grand experiment of democracy in which we recognize our differences as the essence of who we are. Today, we vote to take that step together for ourselves and our children and to leave the prejudices and injustices of the past behind. 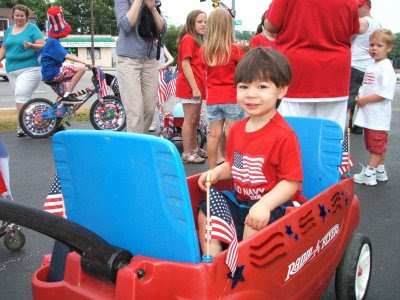