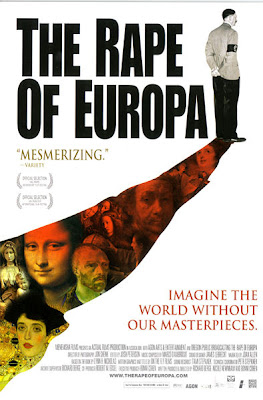 Even when people call World War II a “total war,” they rarely consider how it touched even the world of art. When Adolf Hitler, the failed artist, looked to redraw the map of the world and resculpt Western Civilization using his twisted ideas as a model, art itself became another casualty in the all-consuming conflict. The story of how Hitler plundered or destroyed almost all of Europe’s art and the story of how others tried and still try to reverse that course is told in fascinating detail in the documentary film The Rape of Europa, which will appear on PBS on Monday, November 24th (check local listings for details). Based on the 1994 National Book Critics Circle Award-winning book of the same name by Lynn H. Nicholas, The Rape of Europa presents a story of horror balanced by a stories of courage, perseverance, and justice without losing the nuance of a story that continues in shades of grey more than stark black and white. Linking the atrocities of the past with continuing efforts to right those wrongs, The Rape of Europa brings back to life events six decades old and strikes you hard with the continued relevance of the issue of art as a symbol not only of cultures but also of nations and peoples. 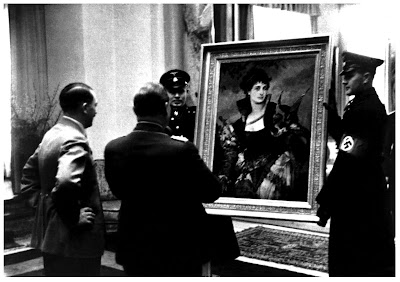 Using chilling archival photos and footage, The Rape of Europa follows Hitler as he begins his reimagining of the art world in Germany. Declaring modern art not to his liking “Degenerate Art,” Hitler defines “German” art as purely realist, “Aryan,” and purely non-Jewish. In a 1937 speech, Hitler announces a “war of purification” against “degenerate art” that will eventually parallel the “purification” plan to eradicate the Jewish and Slavic races. Hitler and his team of experts soon create wish lists of artworks to plunder before the actual invasions even being. Once the Nazis begin to stretch beyond German borders, Hitler amasses a huge personal collection of art seized and then catalogued by the Special Einsatzstab Reichsleiter Rosenberg (ERR) unit. By the end of the war, the ERR created almost 100 volumes of photographs of plundered treasures for Hitler’s perusal. Hitler dreamed of one day filling his proposed Fuhrer Museum in Linz with his personal collection. Soon, Nazi leaders surrounding Hitler also began to collect art. Hermann Goering (shown above receiving the gift of Hans Makart’s 1880 painting The Falconer from Hitler) ranked second only to Hitler in amassing a gigantic collection by theft. Goering let it be known that, as a “man of culture,” he could be swayed by gifts of art, sometimes even accepting art in exchange for sparing the lives of the true owners. Vermeers, Rembrandts, Raphaels, da Vincis—all of these and more fell into the Nazis’ clutches. The art and culture of civilizations they saw as “subhuman,” namely Jews and Slavs, was all but extinguished in the Nazis’ wake. Interviews with modern day curators of the reconstructions and ruins of cultural touchstones targeted by Hitler’s art theories show just how fresh the wounds remain and how vital culture can be to a people when they have little else to cling to. 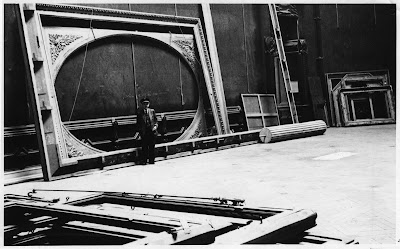 One of the traps of any discussion of the Nazi era is dwelling on the darkness. The Rape of Europa shines a light into that darkness by giving equal time to the heroic efforts of those who resisted the Nazis smash and grab techniques. As Hitler’s forces advanced upon Paris, museum workers and ordinary citizens worked furiously to evacuate and hide the treasures of the Louvre, leaving only empty frames behind (above). When a curator recounts the story of the moving of the The Winged Victory of Samothrace down a flight of stairs, when the slightest false move could smash the priceless work into oblivion, you find yourself holding your breath with those Parisians sixty years ago. When Paris finally fell, brave art curators such as Rose Valland worked against the Nazi effort. Valland watched the comings and goings of stolen art, never letting on that she spoke German, and recorded everything she could. Today, Valland is considered a hero, and the records she kept continue to be used by those still trying to restore stolen art to its rightful owners. From heroes of the past such as Valland, The Rape of Europa smoothly segues to contemporary sleuths building databases of stolen art and occasionally placing art thought forever lost back into the hands of descendents. Watching the Utah Museum of Fine Arts do the right thing and return a Boucher to the granddaughter of a victim of Hitler brings home the living, human element of this seemingly long-ago crime. 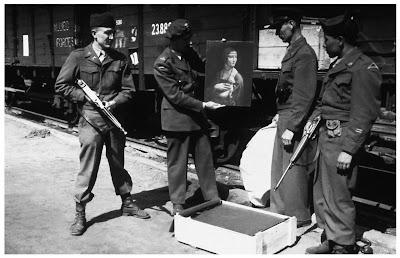 When the Allied forces finally began to turn the tide against the Nazis and their allies, the issue of saving the Axis-approved cultural artifacts in a theater of war became an issue. As American soldiers worked their way up the boot of Italy, they encountered the ancient monastery of Monte Cassino. At first hesitant to destroy such a monument, the Americans eventually felt attacking it was essential to victory. The Germans used such attacks for propaganda purposes, hypocritically calling such acts as part of a larger Allied “War Against Art.” After Monte Cassino, American forces took pains to avoid further cultural desecration. When a bombing raid against the rail yards of Florence was the only option for advancement, American pilots succeeded in the most precise bombing run of the war, saving the city from destruction. Sadly, as the Germans retreated, they applied their “scorched earth” strategy to Florence and other cities, exploding the famous bridges of Florence behind them. Fortunately, Allied soldiers did manage to recover some of the plundered art on its way back to Germany, such as the train carrying da Vinci’s Lady with an Ermine (above). A special unit, known as the Monuments Men, led by Deane Keller, accompanied the army and used their art expertise to save as much art as they could. (Robert M. Edsel, founder of the Monuments Men Foundation and author of Rescuing da Vinci, provides even more detail on these unsung heroes elsewhere.) 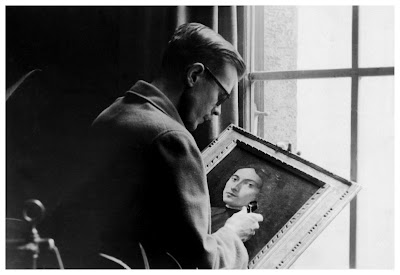 In the final days of the war, the Monuments Men’s mission shifted from buildings to moveable art, specifically the countless works that had been shipped to Germany and the illicit collections of Nazi leaders. Trapped in his bunker and still mired in self-delusion, Hitler, just before killing himself as the enemy closed in, asked that his Fuhrer Museum still be built in Linz after his death and filled with his stolen collection of art. The model of Hitler’s dream city of Linz that the madman mused over obsessively was found in the bunker when it was captured. Soldiers soon found Hitler’s personal collection in an ancient salt mine buried more than a mile underground. Hitler’s mini-museum, including conservation facilities, surrounded the vast collection. The Monuments Men set up collection areas where the art could be catalogued, restored, and prepared for return (such as Kenneth Lindsay examining the portrait above). As one member of the unit recalls, the magnitude of the theft of art served as the first indication of the reality of the Holocaust. The concentration camps had yet to be discovered, but these art historians couldn’t help but look at the paintings, sculptures, and furniture and consider the fate of their previous owners. 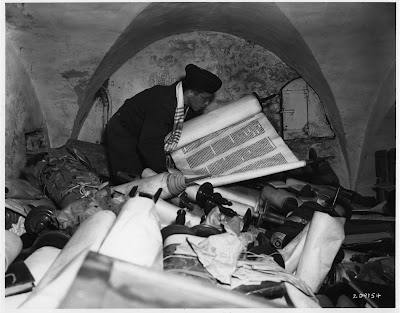 The story of The Rape of Europa is largely the story of the near annihilation of Jewish culture. One interviewee remembers seeing U.S. Chaplain Samuel Blinder enter a room full of stolen torah scrolls (above). The directors chose to juxtapose that image with the story of a present-day investigator returning Jewish religious art to the descendents of the original donors. After a ceremony in a Long Island, New York synagogue, the investigator dances with the jubilant family. For every moment of victory, The Rape of Europa reminds us of the countless number of works still missing, perhaps forever. Cascading thumbnail images of these works trail off into the distance, filling the dark screen like stars in the nighttime sky. A modern 3-D computer reconstruction offers hope that the frescoes of Campo Santo of Pisa may one day be fully restored. Yet, when the directors present both sides of the argument as to whether the Russian government should return the art they took from Germany in the final days of the war, you are reminded once again that The Rape of Europa extends into the present day. The Rape of Europa presents living history in the sense that we live our culture whether we know it or not. Hitler’s mad dream of reimagining the world, including its art, along the twisted guidelines of his soul provides a cautionary tale for anyone who underestimates the value of art when it is placed in peril. The Rape of Europa presents a warning from history as well as a wake up call for today.

thanks for this compelling story. great blog.