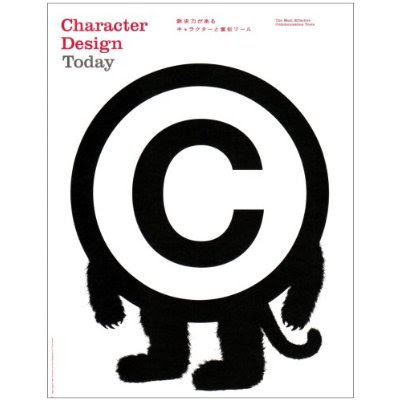 I recall with a shudder of horror the one and only time I stepped into a Hello Kitty store in a mall to buy a gift for a young girl smitten with the character. The sheer variety of items stunned me at first, but I was even more amazed at the selection of items for adults, including full-size luggage. It’s hard for Americans to understand the Asian infatuation with cutesy characters. The Editors of PIE Books offer an entrance into the Japanese advertising psyche with Character Design Today: 200 Powerful Characters and Applications. They even commissioned a special “Mr. C” character (above) from successful advertising art director Kenjiro Sano to show the process of character creation from the very beginning. “With me, rather than deciding I am going to make a character, instead I use characters as one means of achieving clarity and communicability,” Sano explains. “A character does not exist merely for the sake of being a character. Rather, it is the symbol of a personality.” After explaining the thought process behind “Mr. C,” Sano analyzes several other characters as “case studies,” pointing out how each one succeeds as a character and as a marketing tool. 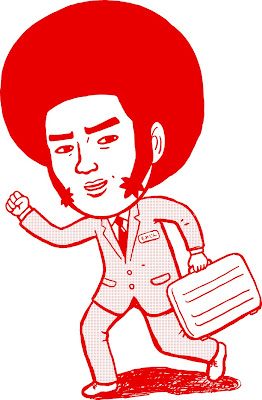 Although the call for submissions to Character Design Today was international, over 90% of the characters featured come from Japan, where seemingly every product, business, and cause links itself to a fictional being aspiring to a full-fledged life of its own. In Character Design Today, each character comes complete with the rationale of its being as well as a taste of the various incarnations it can take. Momiji Bank, for example, built an entire advertising campaign around Momijin (above), an Afro-headed, spikey-sideburned bank employee toiling tirelessly to help local people “make their dreams come true.” Momijin’s creators insert him into all kinds of social situations to generate the illusion of an actual life beyond the office, as if Momijin could ever once allow himself to just relax and stop working. The oddness of Momijin’s appearance, strangely Asian and African-American simultaneously, only adds to his memorableness, the ultimate goal of his existence. 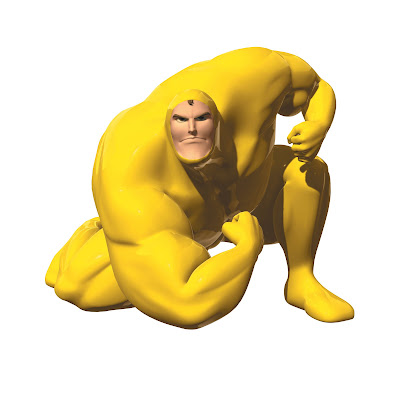 “Fighting night and day to prevent printer colors from fading,” the Tsuyo Ink series of heroes (above) come in the same spectrum of colors offered for your printer. Superheroes and heroines are even bigger in Japan than in America. Thanks to anime, the “kids’ stuff” stigma that clings to superheroes in the United States barely exists at all in Japan. I can’t help but look at the Tsuyo Ink hero and think of The Tick and all the fun and zaniness of that character. Whereas some of the character associations described in Character Design Today seem overly forced and strained, the dynamism of the Tsuyo hero perfectly matches the idea of bright, bold, fun color emblazoned on your documents. A similar heroic character based on Sherlock Holmes shills for a real estate properties internet portal site called Home’s. Whereas Tsuyo Ink wanted energy, Home’s wants to recreate the detective legwork feel by invoking the greatest detective in all of fiction. 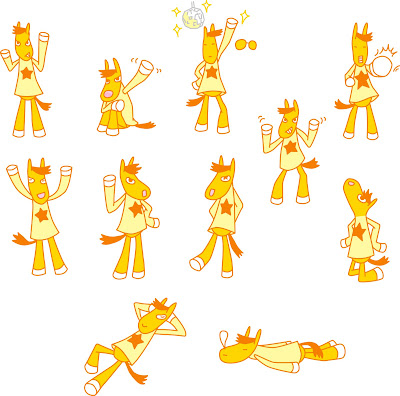 When the Japanese horseracing industry wanted to broaden their appeal, especially to the young, they created the slacker-type character of Umatase (above). Of all the characters discussed, Umatase may have the most intricate and involved existence. He even blogs! The illustration above shows just a small selection of the many moods and activities of Umatase. Umatase dolls and other promotional items help spread the word of Umatase like a cult figure. The fact that Umatase deals with relationship problems and a general lack of motivation helps young people identify with the character and, perhaps, become interested in Umatase’s “other world” of horseracing, which is the actual primary reason for his existence. It’s not hard to see how a fan base can build around such characters who offer a diverse body of content on a regular basis and reward close attention with the twists and turns of a soap opera, but all for free. 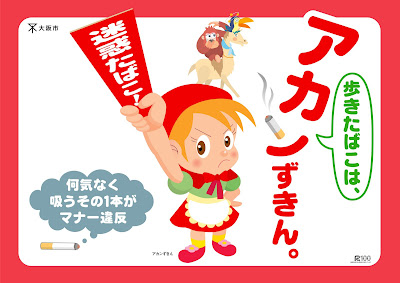 One of the most interesting uses of characters in Japan is by local governments. When the Japanese government looked for a way to discourage smoking on the streets, they commissioned Akan-Zukin (above), a sour-pussed Little Red Riding Hood knockoff who just cannot abide second-hand smoke. With paddle in hand, Akan-Zukin admonishes smokers who invade her personal space with their smoldering butts. Even the cigarettes themselves come to life and speak of their shame. Unfortunately, the text doesn’t comment on the overall effectiveness of the Akan-Zukin campaign, which began in 2007. If such a character proved powerful enough to change the habits of addicted smokers, that might be the greatest testimony to the usefulness of these quirky icons.

If the logic of the characters in Character Design Today escapes you, that’s the point. “The process of making something based on ‘feeling’ and then validating it is very important” in advertising, Kenjiro Sano believes. “Making something that changes the terms of feeling and reason helps surpass logic and makes it good. That’s my philosophy.” Japanese advertising’s use of characters exploits a philosophy that places emotional appeal over rational connection. Americans prefer to believe that they make their choices of goods, services, and even politicians based on reason, but emotion and “feeling” play just as big a part in our decision making process as in that of Japanese consumers consumed by the day-to-day life of a lazy, fictional horse. Character Design Today looks into the world of advertising of Japan and reflects on all advertising and modern means of communication with the right combination of fun and serious business.

[Many thanks to Rizzoli and PIE Books for providing me with a review copy of Character Design Today: 200 Powerful Characters and Applications and for the images above.]
Posted by Bob at 12:01 AM