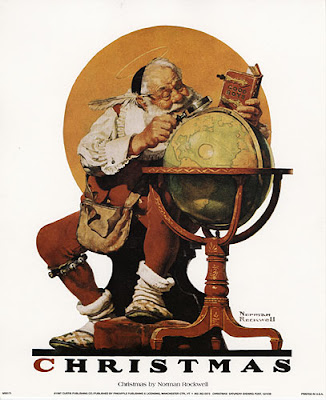 First in war. First in peace. And now first in the November Art Poll By Bob that asked, in honor of the United States Presidential Election, “Which of the following official Presidential portraits seems the most presidential to you?” Gilbert Stuart's George Washington (aka, the Lansdowne portrait, 1796) won with 11 votes, followed by John Singer Sargent's Theodore Roosevelt (1903) with 7 votes and Aaron Shikler's John F. Kennedy (1970) with 6. Rembrandt Peale's Thomas Jefferson (1800) garnered 5 votes, Simmie Knox's Bill Clinton (2000) claimed 4, and George P.A. Healy's Abraham Lincoln (1869) and Anders Zorn's Grover Cleveland (1899) tied at 3. Healy's John Quincy Adams (1858) went down to ignomius defeat with 0 votes. Thanks to everyone who participated and rocked the vote.

To get in the Christmas spirit, I’ve decided to ask for December’s Art Poll By Bob the following: “Which of the following Christmas stamps from around the world says ‘Christmas’ the most to you?” (Listed alphabetically by country.)

Australia: A beautifully modern, stylized triptych featuring a Madonna and Child flanked by a Wise Man on the left and an Angel on the right. 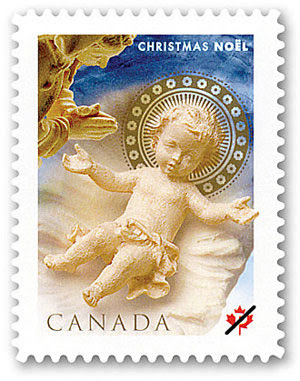 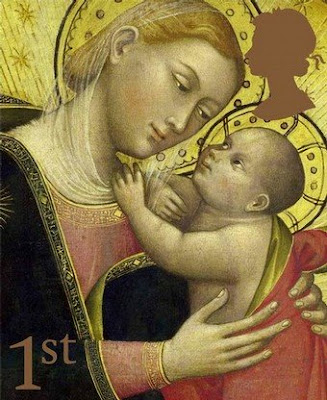 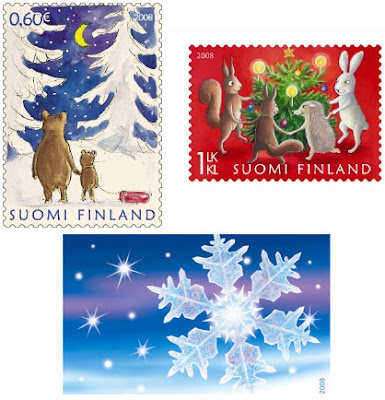 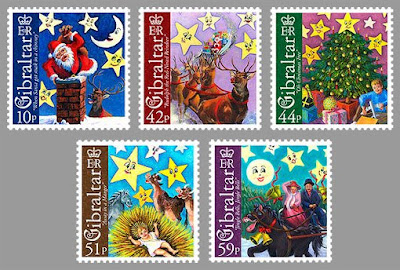 Gilbraltar: A set of five stamps celebrating Christmas carols, including “Rudolph the Red-Nosed Reindeer,” “Oh Christmas Tree,” “Away in a Manger,” and “Jingle Bells.”

Ireland: Three nativity scenes painted and designed by James Hanley. From left to right, Hanley depicts The Flight into Egypt, The Birth of Christ, and the Annunciation. 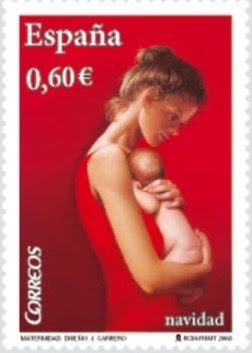 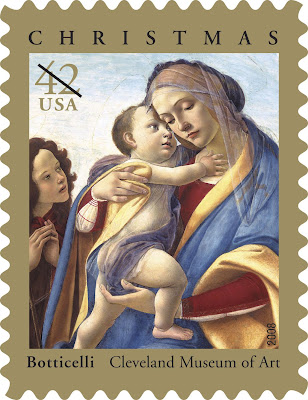 United States: Virgin and Child with the Young John the Baptist (1490) by Sandro Botticelli.


Think of this as my way of sending a card to each of you out there without bankrupting myself on postage. Happy Christmas, Hannukhah, Eid, and Kwanza to everyone! Peace, joy, and beauty to all!
Posted by Bob at 12:02 AM

I personally like the Australia stamps the best: they're such a beautiful fusion of Byzantine style with modern flair. Simple yet striking!
~MS the Younger

I like the innocence of childhood that is portrayed in Finland's stamps. To me, that is what Christmas is about. Also, I love the transparent stamp idea!

Once again Bob you give too many beautiful choices.

Thank you so much for posting such beautiful images. They are all beautiful and greatly appreciated. Benigna Marko