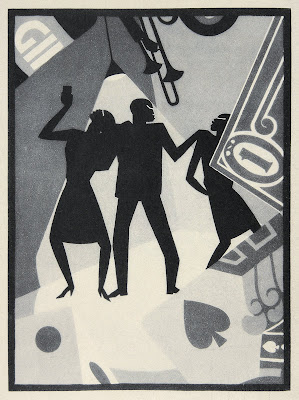 Like so many neat shorthand terms, “Harlem Renaissance” both encapsulates a time and spirit while inadvertently distorting and constraining it. “The more we learn about the Harlem Renaissance the more elastic it needs to become as a conceptual category,” argues Mary Ann Calo in “The Harlem Renaissance in Theory and Practice,” one of the several enlightening essays in the catalogue (edited by Alison B. Amick) to the Oklahoma City Museum of Art’s current exhibition Harlem Renaissance. Although Harlem certainly became the physical center of African-American literature, music, and art in the 1920s, the ripples of that energy spread across all of America and even reached Paris as African-American artists sought new means of expression, including the new forms of modernism, for their stories. This exhibition shows vividly how the African-American desire to forge an identity through the arts serves as a subset of a larger American cultural identity crisis. The phrase “separate but equal” still resonates with latent racism from America’s history, but in Harlem Renaissance, we see African-American artists carving out an separate artistic place for themselves but still of equal importance to the larger American dream of which they are an integral part. Like Aaron Douglas’ The Prodigal Son (above), African-American artists are embraced in this exhibition and catalogue and brought back into the fold. 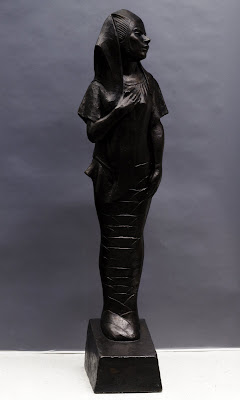 Amick’s catalogue, and her introductory essay, help weave together the many different threads that made up the tapestry of what we know as the Harlem Renaissance. Amick stresses the continuing influence of Southern culture on immigrants to the North. “Throughout this period, the South remained an important source of inspiration for African-American artists, who offered fresh interpretations of Southern life, religion, and folklore,” Amick writes. Also, “[c]ritics such as [Alain] Locke and [W.E.B.] DuBois urged African-American artists to explore African art as a source of inspiration,” Amick continues. Meta Vaux Warrick Fuller’s Ethopia (above) not only taps into Africa as a source, but also borrows from the modernism she encountered during her time in Paris. “This Pan-Africanist work symbolized the strength of womanhood, the emergence of nationhood, and the birth of the New Negro,” writes Theresa Leininger-Miller in “The Transatlantic Connection: New Negro Artists in Paris, 1922-1934.” In contrast, other artists, such as Augusta Savage, avoided African or African-American subject matter in their art out of fear of being reduced to a label. For many others, however, the acknowledged role of African art in the development of Cubism and other modern art movements justified the use of such traditions even more. 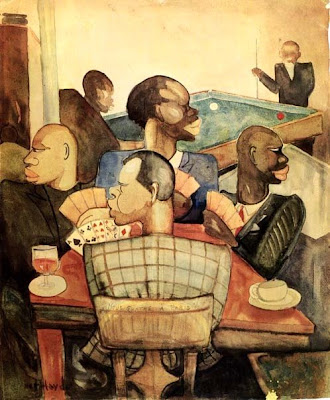 Many African-American artists flocked to Paris not only for the greater personal freedom it offered, but also to encounter Cubism and other ideas firsthand. A “Negro colony” soon formed, including figures from all media such as Countee Cullen, Langston Hughes, Paul Robeson, and Josephine Baker in addition to artists such as Fuller, Savage, Douglas, Archibald Motley, William H. Johnson, and Palmer Hayden, whose Nous Quatre à Paris (We Four in Paris) (above) captures the camaraderie of the period. In Paris, Leininger-Miller writes, “they were transformed into New Negro artists—black modernists.” At a time when America was playing catch up to Europe in terms of modern art, these African-American artists were leading the charge. This element of Harlem Renaissance electrifies the term for a new audience. “This new emphasis on diasporic perspectives and transnational dimensions of the Harlem Renaissance,” writes Calo, “had in turn deepened understanding of Western modernism itself as transatlantic and transracial.” When American art critics scuffled to find examples of American modernism, they should have been looking to African-American artists, a fact that rewrites much of the black-and-white history of American art into subtler shades of grey. 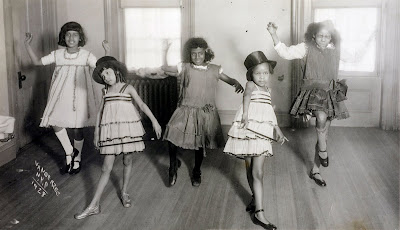 The exhibition and catalogue add an Oklahoma City angle to the Harlem Renaissance through the use of photography of the thriving 1920s African-American community known as “Deep Second” or “Deep Deuce” located on 2nd Street between Central and Stiles. “The images here document a vibrant life during this period,” writes Deborah Willis in “Photography in Deep Second and the Influence of the Harlem Renaissance.” “They transcend the subjugated black imagery and force all Americans to re-examine history as they learned it.” Photographs such as James VanDerZee’s Dancing Girls (above) show a world too often excluded from standard American history texts. These photographic portraits are essentially self-portraits of African-Americans as a group in the 1920s, refusing to submit to the negative imagery still circulated by the dominant white culture and taking image-making matters into their own hands. James Latimer Allen specialized in “Portraits of Distinction” of the leaders of the Harlem Renaissance such as Hughes and Robeson, but all of these photographs distinctly define the people shown as they wished to be shown—as proud Americans deserving all the rights and responsibilities of the title. 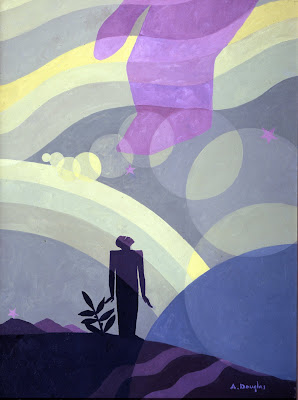 Harlem Renaissance expresses the diversity and infinite creativity of the movement not only in words and ideas but also in images. Works such as Aaron Douglas’ The Creation (above) back up the ideas of Locke and DuBois with powerful, creative, artistic action. Ever since the PMA’s 2007 exhibition of the works of William H. Johnson, I’ve been fascinated as much by his work as by the sad process of how he’s been neglected and nearly forgotten. The Oklahoma City Museum of Art’s exhibition revives the memory of Johnson and so many others with vibrant color and even more vibrant spirit. These works cry out for acceptance not through militantism but through sheer beauty. Just as Toni Morrison and others have argued long and hard for the undeniable “blackness” embedded into American literature, this exhibition of the Harlem Renaissance argues vigorously for the undeniable presence of African-American art in the course of modern art in America. To deny that fact is to deny a large part of America itself. To accept it may be the first step along making such convenient but limited terms as “Harlem Renaissance” unnecessary.

[Many thanks to the Oklahoma City Museum of Art for providing me with a review copy of Harlem Renaissance (edited by Alison B. Amick) and for the images above from the exhibition.]

Thank you for this post.
I never heard about it.
Very beautiful!
Have a nice week.
:)
Ana

Cool post as for me. I'd like to read more concerning that theme. Thanks for posting this material.
Sexy Lady
Girls for companionship in London

I never knew about the Harlem Renaissance and that so many afro-american artists went to Paris back then. Thanks for sharing this.