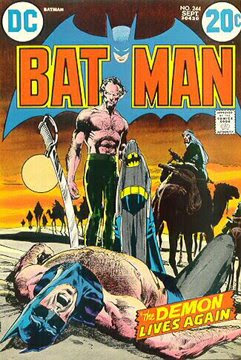 I wish I still had an oversized collection of Neal Adams’ Batman story arc from the early 1970s that pitted my favorite comic hero against my favorite villain Ra's al Ghul (The Joker’s a close second). Adams’ cover to Adams Batman #244 (above) remains burned into my visual memory even today, and not just because I’ve never understood how Ra can be holding a complete Batman uniform while the prone Batman still wears pants. Born June 6, 1941, Neal Adams brought a hyperrealism to comic book art that matched the new, socially conscious comic book writing of that time period. As comic books “grew up” and took on real-life problems, Neal Adams was there to give that drama visual form. The fantasy remained, of course, with Ra achieving near immortality through his “Lazarus Pits,” but Ra’s brand of eco-terrorism echoed the larger ecological concerns of the early seventies as the world slowly came to realize the consequences of human actions on the environment. 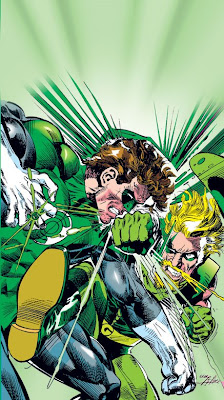 It wasn’t until I reached adulthood that I finally read the early 1970s work of Adams and Dennis O'Neil on the Green Lantern and Green Arrow (fighting above) stories that later became collected as two volumes of Hard-Traveling Heroes. If I had read it as a kid, I doubt I would have understood completely what was going on. The social ills of the post-Vietnam and Watergate era didn’t fully register on my mind while I was living through them as a child. Taking two unpopular heroes from the DC Comics roster, Adams and O’Neil explored the American soul in the midst of national malaise. Today, it’s kind of jarring to see costumed crusaders dealing with everyday people and drug problems, but that juxtaposition and the distance from reality that comics create, allowed them to focus in a way that nonfiction and straight reportage could not. 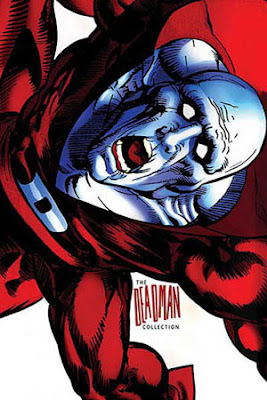 I’ll always have a soft spot for Adams’ most unusual hero—Deadman (shown above). The idea of a hero whose powers come from being a ghost seems weak, but Adams’ beautiful art combined with the pure, expansive imaginativeness of the character made it strangely compelling. Deadman could possess anyone, becoming that person momentarily while pursuing justice. Placing himself literally in the shoes of another, Deadman’s character spoke of an empathy that’s sorely missing in modern society. I’ve always wondered if the creators of Quantum Leap, whose main character also jumped from soul to soul in search of justice, knew Deadman. Some people believe that comics constitute a slice of youth misspent. My time with Neal Adams, however, still teaches me about the world, and is always well spent.