Surrender at the Courthouse 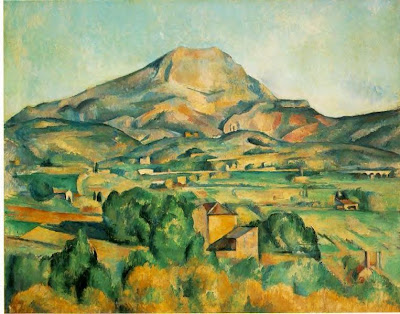 As far as historic surrenders go, it wasn’t exactly Lee at Appomatox, but it did happen at a courthouse and it did signal the end of a misguided cause. The title of the story in the Philadelphia Inquirer said it all: Fight to Halt Move of Barnes Foundation Ends. In a victory for art lovers everywhere, works such as the Barnes’ version of Cezanne’s La Montagne Saint Victoire (above, from 1895) will now be enjoyed by more than the select few who could make it through all the restrictions imposed on visitors to the original Barnes Foundation site. I’m sure members of the Friends of the Barnes Foundation will disagree with me and find me overly gleeful at the end of six years of litigation, but it was a losing battle from the start. Even if they had won, so many others would have lost. 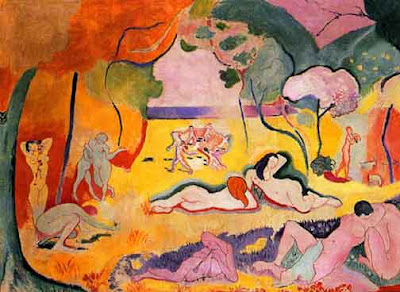 Last week, Evelyn Yaari of the Friends of the Barnes Foundation entered the Norristown courthouse office of Montgomery County, Pennsylvania looking to continue the legal battles with a fresh check and a new stack of documents. After checking with the group’s lawyer, however, Yaari raised the white flag. "I had to go to the clerk and say, 'I'm very sorry I asked you to do that, but actually, I'm not going to file the appeal,' " Yaari said. "It was a sad moment." For the City of Philadelphia, dreaming of a “Museum Mile” stretching from the PMA to the PAFA with the Rodin Museum and the new Barnes between, it was a moment of joy on the scale of the Barnes’ The Joy of Life (above, from 1905) by Matisse. The new Barnes will add that final piece to allow Philadelphia’s “mile” to compete with that of New York, hopefully bringing increased tourism and tourist money to our sagging economy. 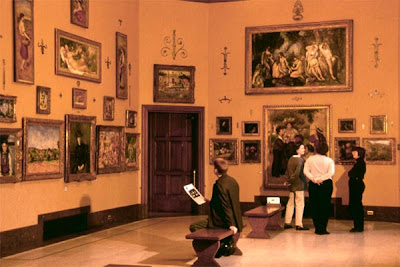 For most Philadelphians, the Barnes case served as the artistic parallel to the Mumia Abu-Jamal case—the further you lived from Philadelphia, the more you thought the Barnes should stay (and the more you were convinced of Mumia’s “innocence”). The more you knew, the more you saw the sense behind the Barnes’ move to Philadelphia. In the comments to the Inquirer story, a Barnes employee using the screen name “msmame” says the following:

Posted by msmame 07:57 AM, 06/18/2008
The entire Foundation is not moving, only certain works. The school and many pieces will remain at the mansion. I can tell you, as someone who has worked there, the pieces are literally stacked on top of each other and the place is busting at the seams. The neighbors were selfish to think they could keep it to themselves while strangling its ability to make money—even even enough to remain viable. As for those who are opposed to the will being changed, the ONLY alternative would have been to start selling off pieces which was also against the terms of the will. The trustees chose the lesser of two evils. None of this would have ever been a problem if the neighbors hadn't used the same county government & courts that tried to keep the collection to destroy it. Take a walk down Latches Lane, see the signs that say "The Barnes belongs in Merion" and KNOW these are the very same hypocrites who sued to limit the number and days visitors can go to the museum.

Dr. Barnes helped design the unique displays of the artwork (an example shown above), which are artistic in vision but not necessarily the best way to appreciate the works. Many hang too high or are poorly lit. (Stories of damage during mishandling are too horrific to repeat here.) The absence of identifying wall plaques leaves most visitors totally in the dark, offsetting Barnes intention to free the viewers mind from the constraints of labels and experience the work afresh. These works are now classics, so any shock of the new wore off long ago. I understand that the new site will try to reproduce Barnes’ displays to some degree, which should soothe some of the Barnes purists.

Fortunately, the City of Philadelphia began planning for the new site long before this final surrender, knowing that they’d win eventually. Six years of legal fees later, however, you wonder how that money could have been better spent and how long this wasteful battle will delay the new building’s opening. Considering how money-driven the American legal system is today, it’s amazing that the Main Line money lost, proving just how lost their cause was from the start. The Friends may rise again, of course, but they’d just be whistling “Dixie.”