Curator for a Day 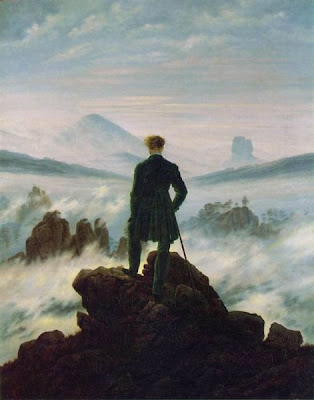 The PMA’s membership discussion board posed the following irresistible question a little while back:

If you could curate one exhibition in your life what would it be? Any artist(s), any subject, any location (hopefully it would be the PMA), any amount of money!

Inside every art lover yearns a curator longing to be free, and I’m no exception. All those lovely “anys” went straight to my heart, leaving my head slightly behind. I finally got my brain to catch up and posted the following response:

If I were Art King of the World, here’s my show of shows:

Transatlanticism: Romanticism Across the Waters

Transatlanticism investigates the interplay of Romantic art between America and Europe from the early 19th century to the present day. Featuring the greatest Romantic artists of all time, all facets of Romanticism are explored, including:

*The Terrible and the Sublime: Taking Edmund Burke’s dual characterization of Romanticism as part terrible, i.e., exploring our deepest psychological fears and secrets, and part sublime, especially in views of the Romantic landscape, as a point of departure, this section splits up into two rooms. The first room showcases the grand European landscapes of Caspar David Friedrich in all their lonely grandeur as well as the beautiful British nature scenes of J.M.W. Turner and John Constable. The sublime American landscapes of Thomas Cole, Frederic Church, and other members of The Hudson River School accompany and respond to their European cousins. Works by William Blake and Henry Fuseli demonstrate the terrible side of the Romantic equation from a European perspective, while Albert Pinkham Ryder’s dark, mysterious works match them from an American view. Jackson Pollock’s modern drip paintings and early Freudian-inspired works present a modern psychological perspective to this Romantic exploration of the psyche. {Friedrich's Wanderer Above the Sea of Fog appears above.}

*Neo-Classicism: Cole’s The Course of Empire series illustrates the American fascination with, in Lord Byron’s words, “the grandeur that was Greece, and the glory that was Rome.” Turner’s watercolors of the ruins of Italy present the European fascination with ancient days of Rome as The Elgin Marbles lining the hallway to this room testify to the continued awe of Grecian art and society.

*Cult of Personality: Works of Jacques-Louis David from the French Revolution, including his famous Oath of the Horatii, Death of Socrates, and portrait of Napoleon, represent Romantic attempts at the cult of personality through propaganda that mirror the heroic representations of American figures such as George Washington and Benjamin Franklin, including Emanuel Gottlieb Leutze’s Washington Crossing the Delaware. Even earlier works, such as the Ditchley portrait of Queen Elizabeth I standing triumphant on a map of the world, harken to such modern images of consolidation of power as Leni Riefenstahl’s films for Adolf Hitler’s Nazi regime and George W. Bush’s stage-managed aircraft landing and “Mission Accomplished” speech. Robert Rauschenberg’s Retroactive, featuring an image of President John F. Kennedy, and photographs of Lady Diana Spencer provide other modern examples.

*Freedom: Eugene Delacroix’s Liberty Leading the People leads the way into this section showing the people-powered movements of the 19th century that have inspired all progressive movements since. American individualism rising from this tide of freedom finds expression in Thomas Eakins’ The Gross Clinic and other portraits celebrating achievement in science. Vincent Van Gogh’s uncommon depictions of common people such as farmers and sowers add an Impressionist and Post-Impressionist perspective.

The exhibit catalog features essays tracing the philosophical roots of Romanticism from German philosophers such as Immanuel Kant to the English Romantic Poets such as Samuel Taylor Coleridge to the American Transcendentalists Ralph Waldo Emerson and Henry David Thoreau as well as other topics of interchange and influence.


Just write me a blank check and get out of my way and I’ll have it ready for you in no time. I already have an idea for the gift shop: Death Cab for Cutie’s 2003 album titled, of course, Transatlanticism . I’m also working on an Elgin Marbles paperweight, so you can take it home with you—just like Lord Elgin!

--Bob (ArtBlogByBob.blogspot.com)
Posted by Bob at 5:44 AM