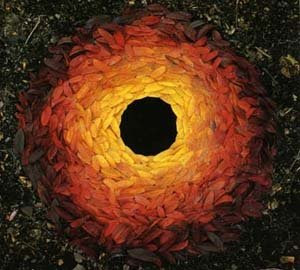 In one of those serendipitous chains of events, my friend Dave pointed me towards artist Bo Bartlett’s Spring 2007 message, which mentioned a book by Suzi Gablik called The Reenchantment of Art. Gablik’s book is from 1991, but its “sustained meditation” on restoring “to our culture its sense of aliveness, possibility and magic” remains as relevant today as ever.

Gablik sees the postmodern “endgame” position of deconstruction as backing the art world into a corner. A true avant-garde art movement cannot exist because the industrialization of culture blocks any true revolution, permitting only the illusion of change as long as the status quo remains intact. Modernism has “exalted the complete autonomy of art, and the gesture of severing bonds with society,” resulting in an atomized society of isolated individuals. “The art industry has become not only a very effective protector of the status quo,” Gablik believes, “but also an active contributor to the deforming effects of a whole cultural pathology. The mechanism doesn’t require that art do much, just reproduce the economic will-to-power of the dominator system.”

Back when I was pursuing an MA in English Literature, I felt this same frustration with deconstructive philosophies for approaching art, literature, and culture. On one hand, breaking apart old texts and finding the lost traces of other narratives than the main narrative of the “dominator system” was fascinating. Everything old could be new again. Unfortunately, the deconstructing never seemed to stop. Every time I hoped to build something anew, a new meaning, the conventional wisdom of the academy was that meaning was passé, so premodern. Call me old fashioned, but I wondered what the point of all of it was if not to have some meaning, some relevance to life right here and right now? Why ask questions and never want answers?

Gablik calls for “reconstructive postmodern practice” that implements “an aesthetics of interconnectedness, social responsibility, and ecological attunement.” At this point, she may get a little too New Age-y for some, but I think her overcorrection is necessary for the overabundance of wrongs modern society has inflicted on humanity and the ecology. Quoting Jungian psychologist Robert A. Johnson on the human need for reverence, Gablik tries to restore that sense of reverence, if not in God than in nature or perhaps even art. As someone who bows before the altar of art (believing it to be just one of the altars of God), I heartily agree.

One of the interesting artists Gablik posits as an example of “reconstructive postmodern practice” is Andy Goldsworthy. Goldsworthy goes out in nature and creates artwork with found natural objects such as twigs, leaves, icicles, etc., and then photographs them before the wind, rain, sun, etc., reclaim them. (A beautiful arrangement by Goldsworthy of found leaves is above.)

“Although it may seem as if the individual in today’s world has little power,” Gablik finally offers, “the truth is that only we have the power to transform our situation: there is no one else” [emphasis in original]. And with that statement, on art and on so much else, I also heartily agree.

[BTW, there is a great documentary on Andy Goldsworthy titled Rivers and Tides that shows his beautiful, ephemeral art in action.]
Posted by Bob at 5:45 AM