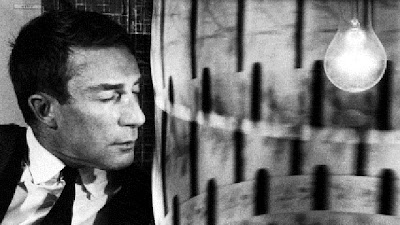 “Brion Gysin was a true subversive,” writes Laura Hoptman in Brion Gysin: Dream Machine, the text accompanying New York City’s New Museum’s exhibition of the same name. “Gay, stateless, polyglot, he had no family, no clique, no fixed profession, and, often, no fixed address. He claimed no religion, and no credo, save that we human beings were put on this earth with the ultimate goal of leaving it.” When Brion Gysin reached that ultimate goal in 1986, he left behind a tangled legacy—the natural consequence of the fluidity of his life and his creativity, both of which knew no borders. This first detailed study of Gysin’s life, art, and lasting influence, Brion Gysin: Dream Machine shows how he wove a life-long dream that many of today’s artists have merged with their own. Please come over to Picture This at Big Think to read more of "Dream Weaver."

[Many thanks to Merrell Publishing for providing me with a review copy of Brion Gysin: Dream Machine, the catalogue to the New Museum exhibition that runs through October 3, 2010.]