Reorientation: The Orient Expressed at the Mississippi Museum of Art 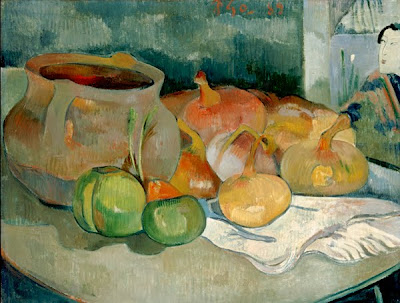 “Disorientation is lost of the East,” novelist Salman Rushdie has written, reminding us of the original meaning of “Orient.” In The Orient Expressed: Japan’s Influence on Western Art, 1854-1918, which runs at the Mississippi Museum of Art through July 17, 2011, the curators hope to reorient us to the term Japonsime so that we can find the East, or more accurately the East of the 19th century West, lost over time. The sense of wonder over the new world of Japan suddenly opened up in 1854 is something we today could only experience if life were found on Mars. In the catalog and exhibition itself, Japan, currently reeling from disaster, reemerges as the rich land of culture and style so influential on Western art and design. It’s a reorientation course we in the West can’t do without. Please come over to Picture This at Big Think to read more of "Reorientation."

[Many thanks to the Mississippi Museum of Art for providing me with the image above and press materials for the exhibition The Orient Expressed: Japan’s Influence on Western Art, 1854-1918, which runs through July 17, 2011. Many thanks also to the University of Washington Press for providing me with a review copy of the catalog to the exhibition.]
Posted by Bob at 7:50 PM