How American Artist Robert Henri Found Himself Again in Ireland 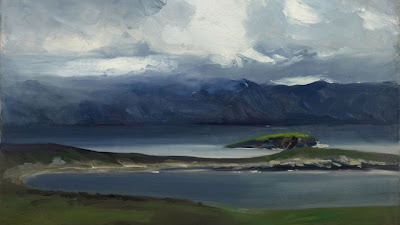 The first time you see the name Robert Henri, it’s natural to pronounce it “ahn-ree.” Although the artist was partly of French descent, he preferred “hen-rye,” perhaps as a nod to his English and Irish roots. In the summer of 1913, after the landmark Armory Show introduced European modernism to America, Henri needed to reassess his life and art. Achill Island in County Mayo, Ireland became Henri’s refuge and the people, especially the children, of the little village of Dooagh became his subjects and salvation. In the exhibition From New York to Corrymore: Robert Henri and Ireland at the Mint Museum of Art, the role of Ireland in Henri’s career is finally examined in depth. Henri’s production proves the power of place and the power of ethnic tradition to inspire artists and confirm their inner visions. Please come over to Picture This at Big Think to read more of "How American Artist Robert Henri Found Himself Again in Ireland."