Entertain Us: Kurt Cobain Remembered at the Seattle Art Museum 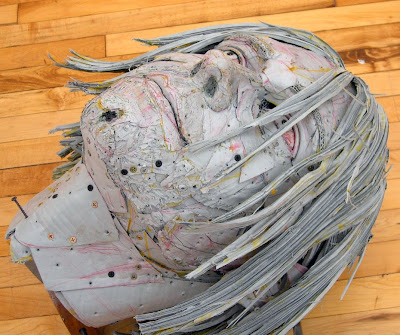 “Here we are now,” Kurt Cobain intoned in 1991 on Nirvana’s Nevermind album, “entertain us.” With that catch phrase, the entire genre of grunge rock launched itself into the cultural stratosphere. Here we are now, however, in 2010, sixteen years after Cobain took his own life, still wondering what that genre and Cobain himself really said, and still say to us today. The Seattle Art Museum’s new exhibition Kurt gathers together 80 works by an international cast of artists to surround the memory of Kurt Cobain and interrogate the prisoner. They entertain us while asking the big questions that Cobain himself asked of a generation and, ultimately, himself. Please come over to Picture This at Big Think to read more of "Entertain Us."


[Many thanks to the Seattle Art Museum for providing me with the image above and other press materials for Kurt, which runs through September 6, 2010.]
Posted by Bob at 9:00 PM