By the Numbers: The Census in Public Art 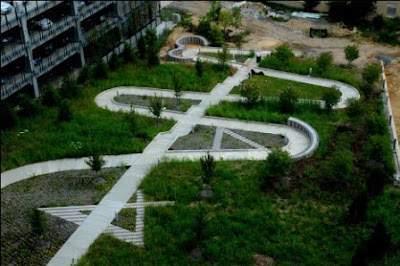 Thanks to years of conservative pushback, the United States Census looks like a huge waste of time and taxpayer money to many Americans. Even worse, many Americans misconceive the census as the government’s insidious way of metaphorically looking through their keyhole to spy into their private lives. A commercial shown during the last Superbowl broadcast tried to redeem the census as ironic and cool, while other more wonky advertisements stressed the benefits to the community that come from participation in the census, which helps the government decide what bucks go where. Anita Glesta’s The Census Project (shown) tries to humanize the faceless government census bureau through large-scale public art that is both thoughtful and whimsical at the same time. Don’t fear the census, The Census Project wants to say, because the census is you, the census is Americans. Please come over to Picture This at Big Think to read more of "By the Numbers."

[Many thanks to Susan Grant Lewin Associates for providing me with the press materials for Anita Glesta’s The Census Project.]
Posted by Bob at 6:54 PM

Fine arts is simply seen as painting and drawing, not a subject studied by an academic scholar.

As you might have heard, public funding for the arts has been under pressure at the local and especially state levels ever since the recession hit a few.

No one could take it back already since it was already there. Anyway, if you take a look at it, it very beautiful I hope I could see flowers.

Hi to all, I just lucky found this piece of information obliging to me and my fellows. I am from Manchesters and looking for the guidance regarding this. It’s hard to find precise and implementable work experiences from the professionals.
end of tenancy cleaning