How Howard Pyle Gave Our Heroes a Face 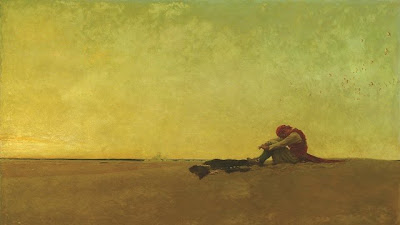 Peer into any young American boy’s imagination, and you’ll likely find knights, soldiers, and pirates roaming about. That fact is a true today as it was a century ago. One big reason for the enduring appeal of those figures is the art of Howard Pyle, the undisputed king of the Golden Age of American Illustration between the 1880s and the end of World War I. Marking the centennial of Pyle’s death, Howard Pyle: American Master Rediscovered at the Delaware Art Museum through March 4, 2012 will enlighten everyone who just asked “Howard who?” From American history books to Pirates of the Caribbean, the work of Howard Pyle continues to captivate us, despite his relatively forgotten place in American art history. Like pirates unearthing buried treasure, the organizers of Howard Pyle: American Master Rediscovered dig up the roots of American visual culture and recover Pyle’s power for a new generation. Please come over to Picture This at Big Think to read more of "How Howard Pyle Gave Our Heroes a Face."

[Many thanks to the Delaware Art Museum for the image above and other press materials for Howard Pyle: American Master Rediscovered, which runs through March 4, 2012. Many thanks to the University of Pennsylvania Press for providing me with a review copy of the exhibition catalog. Special thanks to Margaretta S. Frederick, Chief Curator and Curator of the Samuel and Mary R. Bancroft Memorial Collection at the Delaware Art Museum, for showing me the exhibition and patiently answering my questions.]