Who Will Be the Next Great Caricature (and Caricaturist)? 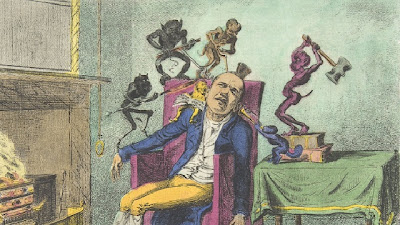 Now that the silly season of American politics revs up for another presidential election, it’s a fair question to ask who will be the next great caricature? Nixon cast his jowly 5 o’clock shadow, Carter bared his giant teeth, and Reagan’s pompadour soared, but what will be the next indelible image of exaggeration to serve as shorthand for those aspiring to power? One way of looking forward is to look back, specifically at the exhibition Infinite Jest: Caricature and Satire from Leonardo to Levine, which runs at the Metropolitan Museum of Art through March 4, 2012. Reaching back all the way to the Renaissance, Infinite Jest suggests that poking fun to make a serious point has gone on for a long time for many different reasons. As the exhibition shows, even great artists you’d never suspect of caricature tried their hand at such gibes, making you wonder which great artist today will be the great caricaturist of tomorrow. Please come over to Picture This at Big Think to read more of "Who Will Be the Next Great Caricature (and Caricaturist)?"