Resurrecting the Father of African-American Art 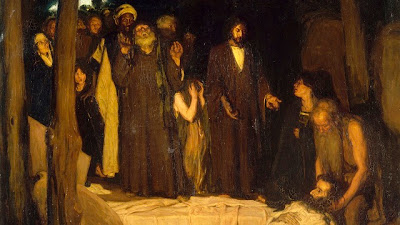 While walking in Fairmount Park in 1872 with his minister father, 12-year-old Henry Ossawa Tanner saw a man painting and became curious about art. His family fed that curiosity, which led Tanner to study painting at the Pennsylvania Academy of the Fine Arts (PAFA), continue his studies in Paris, ultimately build an international reputation as an important religious painter, and use his status to mentor and support young artists for decades—all remarkable achievements, but even more remarkable for an African-American in the late 19th century. In Henry Ossawa Tanner: Modern Spirit, at the PAFA through April 15, 2012, curator Anna O. Marley and her fellow researchers seek to resurrect this forgotten father of African-American art from the tomb of obscurity built over the nearly eight decades since his death. But just as Tanner himself shunned the title in life, the exhibition and catalog invite the idea while simultaneously showing him as an artist that transcended all labels, especially those of race. Please come over to Picture This at Big Think to read more of "Resurrecting the Father of African-American Art."

[Many thanks to the Pennsylvania Academy of the Fine Arts for providing me with the image above from, a press pass to view, and other press materials related to the exhibition Henry Ossawa Tanner: Modern Spirit, which runs through April 15, 2012. Many thanks to the University of California Press for providing me with a review copy of the catalog to the exhibition.]
Posted by Bob at 12:01 PM