How I Met Your Mother 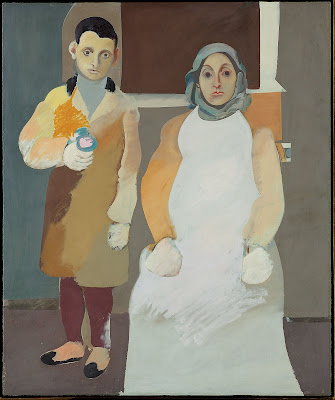 I can’t think of any artist who suffered as much in his life as Arshile Gorky. Fleeing the ethnic cleansing of Armenians by Turkish troops, he watched his mother starve to death in 1919 surrounded by fellow refugees. Upon coming to America, he shed his birth name of Vosdanig Adoian and remade himself as Arshile Gorky, taking the same last name as his hero, the Russian writer Maxim Gorky, who had supported the Armenia cause. After years of success as an artist, the stretch from 1946 through 1948 became a sheer hell—a studio fire, rectal cancer, his wife’s infidelity, a car accident resulting in a broken neck and paralyzed painting arm—ceased only by his suicide. The Tate Modern’s exhibition Arshile Gorky: A Retrospective brings the pain, of course, but also the triumph of a man who never left truly left his mother country while bringing modernism to his new one. Please come over to Picture This at Big Think to read more of "How I Met Your Mother."

[Many thanks to Yale University Press for providing me with a review copy of the catalogue to and to the Tate Modern for the image above from the exhibition, Arshile Gorky: A Retrospective, running until May 9, 2010.]
Posted by Bob at 5:06 AM