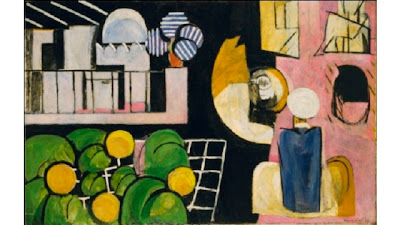 In chemistry, a free radical is the name for an atom or group of atoms having at least one unpaired electron, thus making it unstable and highly reactive. From the time after his return to Paris from Morocco in 1913 to his departure to Nice in 1917, Henri Matisse lived like a human free radical, flourishing in instability and reacting to everything around him, as if driven by some unpaired aspect of his artistic self longing to find its match. Matisse: Radical Invention, 1913-1917, which runs at the MoMA through October 11, 2010, examines this period of radical invention and reinvention of one of modern art’s main figures. Thanks to new innovations in technology, we can delve into the paintings themselves to reconstruct Matisse’s means of constructing his art and piece together the thought processes that marked this wild time of experimentation. Please come over to at Picture This at Big Think to read more of "Free Radical."