How Vienna in 1900 Gave Birth to Modern Style and Identity 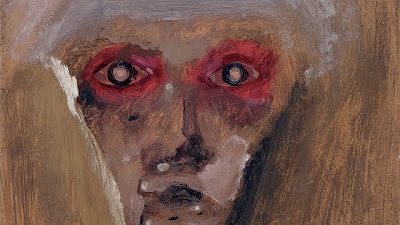 The Viennese Waltz differs from other waltzes in the speed of the rotation—a dervish-like dance in which the dancers are spun out of their normal existence. That dizzying disorientation helps turn their world upside down. At the turn of the twentieth century, Vienna stood at the heart of a similar kind of waltzing whirlwind in which artistic and cultural forces acted to disorient a whole generation and set the tone for a new, modern reorientation for all Western society. In Vienna 1900: Style and Identity, which runs at the Neue Galerie through June 27, 2011, we rediscover just how influential that city and time were for all that followed in the twentieth and twenty-first centuries. Caught up in our own dizzying times, we can see much of our own disorientation (and perhaps solutions to problems of style and identity) in the amazing cast of characters assembled in Vienna 1900. Please come over to Picture This at Big Think to read more of "How Vienna in 1900 Gave Birth to Modern Style and Identity."

[Many thanks to the Neue Galerie for the image above from, press materials for, and a review copy of the catalog to the exhibition Vienna 1900: Style and Identity, which runs through June 27, 2011.]
Posted by Bob at 8:35 PM

I am passionate about the Vienna Secession and the Workshops etc, and I spend a lot of time writing about their painters, goldsmiths, architects and furniture designers. But did Vienna really set the tone for a new, modern reorientation for all Western society?

Well, Charles Rennie Mackintosh certainly thought so. But I would like to think that exciting, modernising, secessionist movements were happening all around the place. Perhaps Vienna simply had more reliable patrons for all these modernist cultural products.