Leonora Carrington: Last of the Surrealists 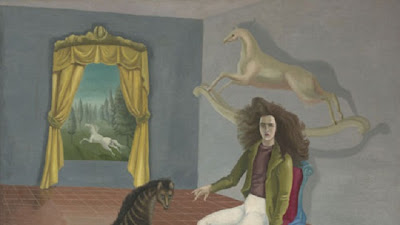 Surrealism never served its women well. Lee Miller basically seduced Man Ray to gain entry into what was predominantly a men’s club. Leonora Carrington met Max Ernst at a party. Ernst left his wife for the striking art student 25 years his junior and introduced her to Pablo Picasso, Salvador Dalí, and Yves Tanguy. Joan Miró once asked Carrington to go out and pick her up some cigarettes. Carrington refused, unable to accept second-class status as a Surrealist. This past week Carrington passed away at the age of 94, the last of the legendary Surrealists and a reminder of how difficult it once was (and in many ways still is) for women to break into the ranks of art. Please come over to Picture This at Big Think to read more of "Leonora Carrington: Last of the Surrealists."

Was she related to the rather wonderful Dora Carrington, member of London's Bloomsbury set, wife of Ralph Partridge, intimate of Lytton Strachey and artist in her own right?

Wow its a very good post. The information provided by you is really very good and helpful for me. Keep sharing good information..

I would really like your post ,it would really explain each and every point clearly well thanks for sharing.
VW Jetta Turbo