Is the Editorial Cartoonist Dead? 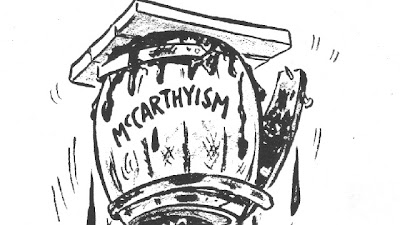 My first introduction to newspaper reading was the Sunday comics. Stretched out on the floor beside my Dad, both of us propped up on our elbows, we read everything from Andy Capp to Ziggy. But my first introduction to reading a newspaper like an adult was the editorial cartoon. Pat Oliphant, Jeff MacNelly, and others soon became heroes as big to me as Spider-Man and Batman. Alas, with the death of the American newspaper comes the collateral damage of the demise of the editorial cartoon. The Golden Age for Editorial Cartoonists at the Nation’s Newspapers is Over, a report recently presented by The Herb Block Foundation (founded by legendary editorial cartoonist, Herbert Block, aka, Herblock), gives the grisly details and sad statistics behind the extinction of that now rare animal, the flourishing editorial cartoonist. Is the editorial cartoonist really dead? What does that mean for American politics and culture, today and tomorrow? Please come over to Picture This at Big Think to read more of "Is the Editorial Cartoonist Dead?"

[Image: Herblock. “YOU MEAN I’M SUPPOSED TO STAND ON THAT?” (detail). A 1950 Herblock Cartoon, copyright by The Herb Block Foundation.]

[Many thanks to The Herb Block Foundation for providing me with the image above.]
Posted by Bob at 12:53 PM