Fanatical Devotion: Where Have All the Passionate Artists Gone? 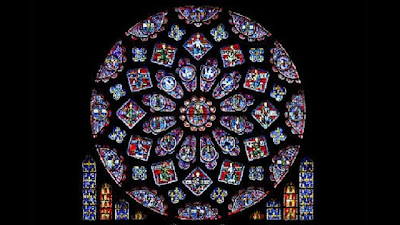 Amongst the weaponry of the Spanish Inquisition were such diverse elements as fear, surprise, ruthless efficiency, and an almost fanatical devotion to the Pope, or at least that’s how the Monty Python sketch put it. Nobody expects the Spanish Inquisition’s level of fanaticism when it comes to art today, but Andrew Baker in a recent issue of The Atlantic thinks it should. After taking a stroll through The Cloisters in New York City with a friend, Baker came away thinking that what today’s art needs is some of that old time religion—a passionate devotion “[n]ot to God, but to the work itself,” Baker writes. Baker raises a good question about the seeming indifferent cool of contemporary art, but I think his inquisition of all contemporary art is just as misguided as the one the Pythons spoofed. Please come over to Picture This at Big Think to read more of "Fanatical Devotion."

It seems passion disappeared when art became a profession that simply MUST bring artists money while they're still alive.

I agree with Amoronia.
Art has actually spread so much, with so many self-called artists , that people don't see it as it should be. I mean that art has lost its importance, there's a lack of that passion that makes it only a way of earning money.
And earning money nowadays means while still alive, of course. People now desire fame and the money that goes with it. So art is left in a second place.
(Probably and preferrably not for everybody, but in general I see it like that.)

Passion seems to lag in the shadows of the accessible. Anyone with $1500 can go to BestBuy and purchase the latest Nikon dSLR and call themselves a photographer. Blogs and it's twin, self-publishing, have turned anyone with a keyboard into a writer. Super centers, with their mass produced and cheaply made products, have nearly incapacitated every facet or art. And then there's Ke$ha...

Passion is driven by desire. In a world where instant gratification is king and practically everything is replaceable, the driven artist suddenly becomes the forgotten.

My father Howard Butterworth a well known royal Deeside artist in Scotland has his design captured as stained glass window. Howard was comissioned by the Glenmuick Church Council to design a stained glass window for the church in Ballater. This contemporary window entitled “I am the light of the world” was funded by the legacy of the late Mike Sheridan, reknowned Ballater butcher and was dedicated in the presence of their Royal Highnesses The Duke and Duchess of Rothesay at the 2009 Glenmuick Parish Church Easter service.

The design depicts Ballater in its unique setting by the River Dee in vivid colour with “Christian souls, represented by stylised salmon swimming the river of life up to the light; Ballater being on route to Heaven with Mike’s presence represented by the blue butcher’s van.”