Even a Monkey: Telling Good Abstract Art from Bad 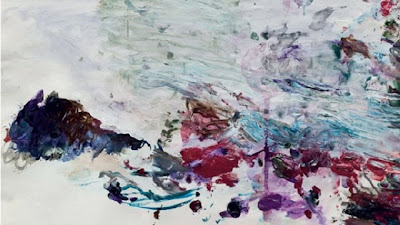 “I could paint that!” Or, “Even a monkey could paint that!” Walk through any museum or gallery containing modern abstract art and you’ll most likely hear similar sentiments from those who think little of abstract art and those who make it. There’s no difference between the paintings selling for thousands and sometimes millions and the finger painting of children in kindergarten, or so the argument goes. A recent study published by two psychologists argues against that idea by showing statistically that people can tell when an abstract painting is done by an adult human. Their experiment asked people with no, little, or much art knowledge to distinguish works by an adult human painter found in an art history book from artwork by a human child, a gorilla, a chimpanzee, an elephant, and, yes, even a monkey. Please come over to Picture This at Big Think to read more of "Even a Monkey."

The relative value of more or less contemporary art is always an interesting and sometimes enlightening discussion. However, most often, its not really abstract art that gets people's knickers in a twist, but non-figurative art. Labeling late Pollock 'abstract' is simply incorrect. He was not presenting an abstraction of anything. When it comes to non-figurative art most people are correct when they say "I could do that" and its that fact that leaves the non-figurative door open to fraud and market manipulators and allows genius like Rothko to suffer guilt by association.

Bob, did you read the article describing the study? -- It says that lay people could distinguish "masterpieces" from the work of children and animals about 56-60% of the time -- a bit better than chance. "Experts" -- those with specialized education in the field did a little better, and could make the distinction about 65-70% of the time.

Can you think of any other enterprise in which a 30%-40% inability to distinguish the “good” from “bad” would be seen as vindicating the field in question?

Let us imagine that we took a number of your blog-posts, and then a number of writings typed out by 4, 5 and 6 year-olds, and asked readers of varying levels of education to identify which was written by an educated and experienced writer, and which by a child.

Do you think that readers would be “fooled” 30% to 40% of the time? If readers were fooled that often, don’t you think that the “professional blogger” ought to re-think what he’s doing?

Can you imagine a scientist claiming that he’s got a way of identifying perpetrators that ought to replace fingerprints. He claims that his new method (comparing eyebrow hairs or whatever the method may be) is capable of identifying the correct culprit 60% of the time, and under some circumstances 70% of the time.

Would you rely on that system in Court to do justice; to convict the guilty and acquit the innocent?

Let us imagine that you are presented a new model of airplane (or a car for that matter) and are told that this new model gets its occupants safely to their destination 60% (and with a more expert pilot, sometimes 70%) of the time. Would you get on board?

What other questionable enterprise is deemed vindicated by the claim that ordinary people can distinguish “good” from “bad” 60% of the time, and experts can make this distinction 7 times in 10?