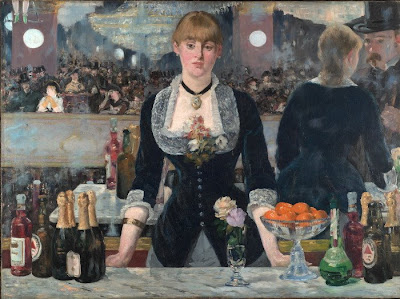 One of the great things about the internet is that it can bring the whole world right to your lap, or laptop. Nothing can replace the experience of standing before the work of art itself, but the online experience is the next best thing when time, place, and economics are all mitigating factors. I recently came across two great internet resources for art lovers from the Courtauld Institute in London and The Louvre in Paris. The Courtauld Institute has amassed a fine collection of films of their small but powerful collection on YouTube. You’ll be amazed at the masterpieces, such as Edouard Manet’s A Bar at the Folies-Bergère (above, from 1882), in their collection. I’ve only been to London once and didn’t get a chance to visit the Courtauld, but I’ll be sure to place it on my itinerary if I ever get back. 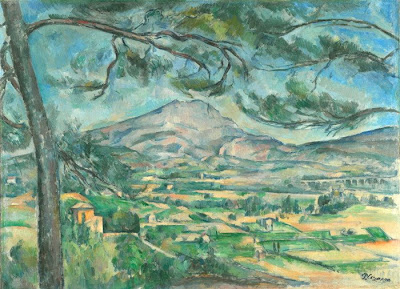 Philadelphia loves to show off the fact that more works by Paul Cezanne live there than anywhere else on earth, including France. But the Courtauld boasts the finest collection in all of England, including Cezanne’s The Montagne Sainte-Victoire with Large Pine (above, from 1882), which the PMA had to borrow for its Cezanne and Beyond exhibition earlier this year (my review here). In addition to Cezanne, the Courtauld owns impressive works by Rubens, Degas, and many others. What the Courtauld loses in size, it more than makes up for in impact. All of these videos convey the intimacy of the museum. I especially love how the videos put the curators front and center, talking up the art without talking down to the viewer the way that so many other art-related videos do, at least here in America. The Courtauld’s YouTube channel is a year old, so it’s hardly new, but the variety of videos they offer is not a “time waster” as so much of YouTube can be, but time well spent. 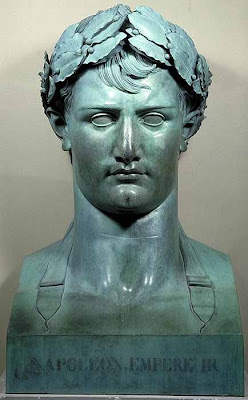 The Louvre’s collection, the greatest in the world, is certainly something old, but now we English-speaking, non-French speaking art lovers can enjoy it in a new way with the institution of a full English version of the Louvre’s database, Atlas. As someone who does not parley vous Francais, I found it frustrating to navigate the Louvre’s online system in French. Now, I can easily find such gems as Lorenzo Bartolini’s bust of Napoleon I (above, from 1805), which was sculpted and later cast to stand at the entrance of the Louvre during Napoleon’s reign. The cast itself sits in the Louvre’s immense storage, but you can see it online, now in English. All 30,000 works of the Louvre are now only a few clicks away for the English-speaking audience, along with the curator’s explanatory texts in English. I’ve been to the Louvre, but going once is never enough. I don’t know if you can ever go enough. The English version of Atlas is now the passport for all those linguistically challenged Americans, myself included, who can’t make it to the City of Light regularly. 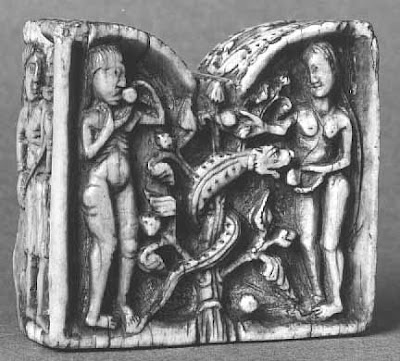 There are simply so many rooms and so many objects at the Louvre that you can’t possibly enjoy them all. I don’t recall seeing the French chess piece from the 1100s (above) showing Adam and Eve, but the new English-version Atlas allows me to virtually stroll from room to room and see all these little gems at my leisure. Art teachers in America should bookmark Atlas and direct their students there for education and inspiration. It’s the field trip of a lifetime for free.

Wonderful ! Thanks so much for the ınformation.