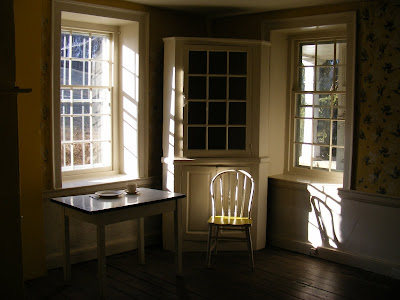 Sadly, the memorials to the art of Andrew Wyeth since his death early last year have been few. I personally find it difficult to understand the lack of response to the passing of such an important figure in American art. Wyeth’s own wish to be left alone has been respected, perhaps overrespected, by his family, adding to the deafening silence. David Livewell’s Woven Light: Poems and Photographs from Andrew Wyeth’s Pennsylvania breaks that silence through words and images that recall Wyeth’s art but also make us ponder its significance not only to him, but also to us. In his introduction, Bo Bartlett, one of the few young artists Wyeth allowed into his inner circle, writes that Woven Light “reveals the deeper layers of Andrew Wyeth’s art. These words will be a joy to those familiar with the specifics of Wyeth’s subjects and will bring a new awareness of the paintings to a broader audience.” Through these intimate poems and photographs, Livewell looks to bring this private man’s art to the public. Please come over to Picture This at Big Think to read more of "Forwarding Address."

[Image: The interior of the Kuerner Farmhouse in which Andrew Wyeth painted. This table scene inspired Wyeth’s painting Groundhog Day.]

[Many thanks to Mr. Livewell for the image above and a review copy of Woven Light: Poems and Photographs from Andrew Wyeth’s Pennsylvania]

The Hyde Collection in Glens Falls, New York will be hosting Andrew Wyeth:An American Legend this summer - June 12 - September 5. The exhibition will include nearly 50 of Wyeth's works from The Farnsworth and other collections such as The Philadelphia Museum of Art, The Whitney, The Shelburne, and the Hood Museum of Art.