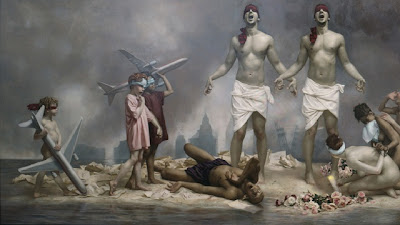 [Many thanks to the New Britain Museum of American Art for providing me with the image above and other press materials related to The Cycle of Terror and Tragedy, September 11, 2001 by Graydon Parrish.]
Posted by Bob at 7:33 PM