Picturing 9/11: Introduction to a Series 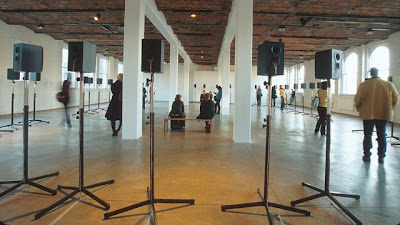 The idea that a decade has passed since that beautiful Tuesday morning when everything changed seems impossible to me. I can still see the stunning blue sky beneath which a whole country scurried like ants when a giant foot has upset the anthill. The events of September 11th live on in the films and still photos that document the human tragedy, but it is the artwork that those events have inspired that help us make some fragile sense of that epic insanity. For the rest of this week, I will be profiling the exhibitions that several New York City museums have staged to commemorate the event in different ways. The tag line of Picture This is “Looking at art leads to thinking about life.” That idea has never been truer than during the week ahead of us. Please come over to Picture This at Big Think to read more of "Picturing 9/11: Introduction to a Series."

[Many thanks to the Museum of Modern Art for providing me with the image above.]