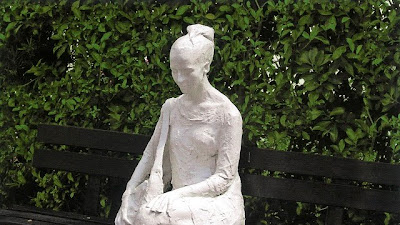 It seemed to me as if politicians began using the phrase “pre-9/11 thinking” too soon after the day itself. Even a decade later, Dick Cheney in his recent memoir condemns the “pre-9/11 mind-set” of Brent Scowcroft, a national security advisor in the first Bush Administration who advised against invading Iraq. September 11th remains a cognitive turning point for many—a day when your picture of the world literally changed. The exhibition September 11, which runs at MoMA PS1 through January 9, 2012, similarly asks if there are such things as “pre-9/11” and “post-9/11” seeing by gathering together artwork not directly related to the attacks but close enough in some way to make viewers wonder if they perceive the world, and the art in it, differently after the attacks and all that followed. In looking at art that hasn’t changed from before September 11th, we can visualize just how much we have changed since that day and, perhaps, if we should, or even can, ever go back. Please come over to Picture This at Big Think to read more of "Picturing 9/11: How Art Changed After September 11th."

[Many thanks to MoMA PS1 for providing me with the image above and other press materials for their exhibition September 11, which runs through January 9, 2012.]
Posted by Bob at 7:36 PM