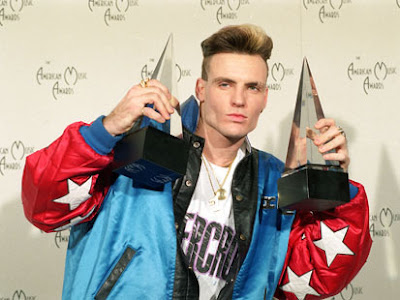 Like a long holiday hangover, December’s Art Poll By Bob had to eventually come to an end. When I asked the following: “Which of the following Christmas stamps from around the world says ‘Christmas’ the most to you?” Strong to the finish were... the Finnish! With 16 votes, Finland's stamps featuring familiar characters by Finnish children’s book illustrator Julia Vuori and fancy “Frosty Night,” believed to be the world's first transparent stamp (designed by Nina Rintala), carried the day. Canada followed with 10 votes, Australia and England with 8, Spain with 6, the United States with 5, Ireland with 4, and Gilbraltar garnered a solid sole vote. Thanks to everyone who voted.

For the first Art Poll By Bob of 2009 I’m getting seasonal. Let me first begin by saying that winter is my least favorite season. I hate ice and snow. I hate shoveling it, driving in it, walking in it, you name it in it. (I’m not even a fan of Vanilla Ice [above], if you can believe it.) I agree that it can be beautiful to look at, but the thought of having to contend with it personally brings out the Scrooge in me. Putting personal prejudice aside, I ask, “Which of the following wintry works is the most chill to you?”: 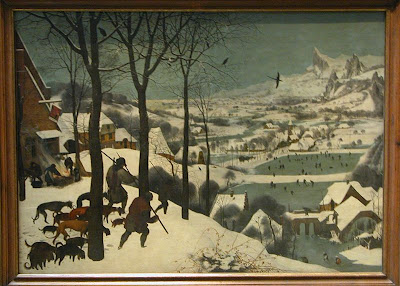 Pieter Brueghel the Elder. Hunters in the Snow (1565). 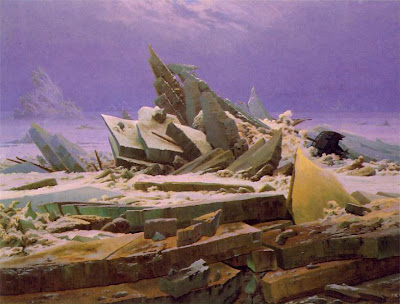 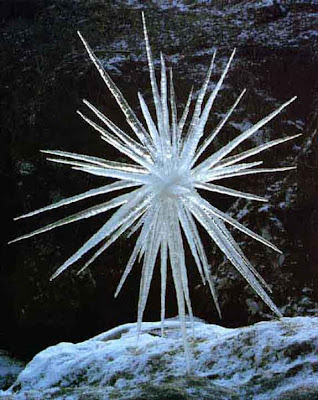 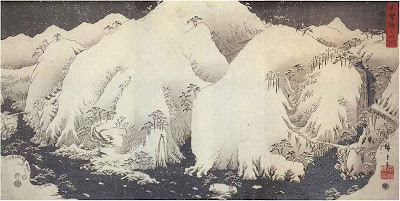 Hiroshige. Mountains and Rivers on the Kiso Road (1857). 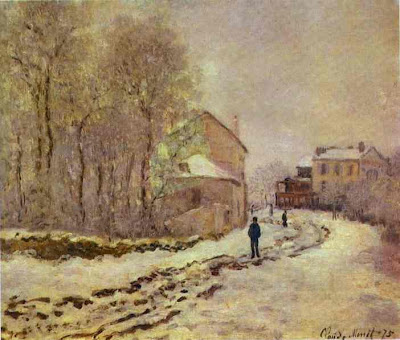 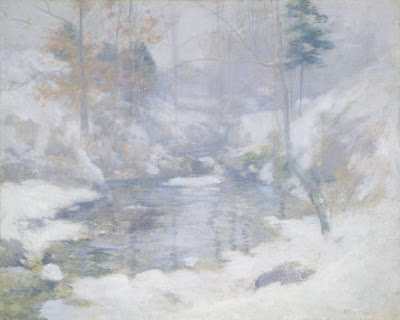 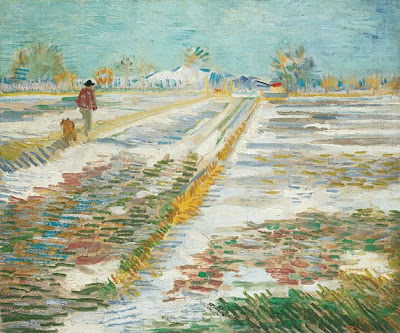 Grab a hot chocolate, sit by the fire, and pick the most chilling one of the bunch!

I love Goldsworthy, but Wyeth gets my vote.