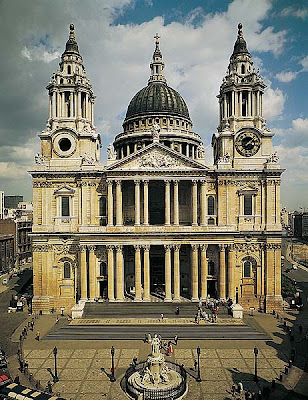 After delving into the fields of astronomy, optics, cosmology, mechanics, microscopy, surveying, medicine, and meteorology and even the problem of finding longitude at sea, Sir Christopher Wren turned his hand to architecture to help London rebuild after the Great Fire of 1666. Born October 20, 1632, Wren designed St. Paul’s Cathedral (above) , one of the touchstones of British culture for centuries. During the Blitz, as German planes bombed London during World War II, workers frantically protected the famous dome from the falling incendiary devices that would surrender St. Paul’s to the fire again. Miraculously, a bomb actually fell into the cathedral but failed to explode. Thanks to St. Paul, Sir Christopher’s name lives on in England and among all English-speaking peoples. 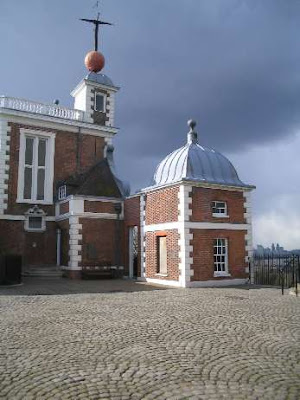 Although known for his architectural achievements today, Wren’s scientific skills made him a prominent figure of Restoration England. Wren helped found the scientific society that eventually became the Royal Society and served as its president from 1680 through 1682. Architecture became just another of the many sciences he explored. The Great Fire and King Charles II conspired to make it the primary role of his life, especially after he was named the King’s Surveyor of Works in 1669. When he built the Royal Observatory, Greenwich (above), the “home” of Greenwich Mean Time, Wren was able to marry two of his scientific passions together. 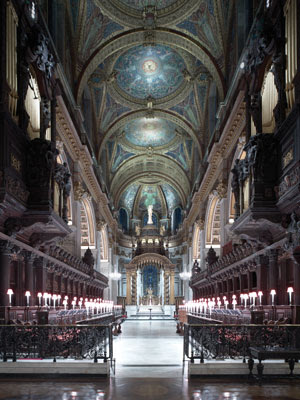 Next to Westminster Abbey, St. Paul’s Cathedral stands as the “official” church of London and England, the place where the famous and the common gather to celebrate, to grieve, and to remember. Seen from the outside at a distance, the famous dome hovers over the street, reflected in the nearby Thames amidst the more modern buildings built after the bombings of the war. Wren lived to the ripe old age of 90. His remains were placed in his greatest building, of course. Wren’s epithet, written by his son, encapsulates his life beautifully: “Lector, Si Monumentum Requiris Circumspice,” or, in English, “Reader, if you seek his monument, look around.” Standing outside or inside St. Paul’s Cathedral (above), one look tells you all you need to know about Sir Christopher Wren. When the wounds of the Interregnum and the Great Fire still gaped open, Christopher Wren symbolically covered them over with his great dome of St. Paul’s, restoring a sense of home and unity to the shaken nation.