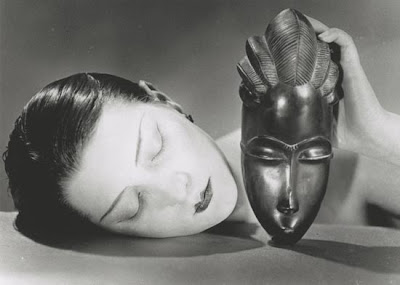 When Emmanuel Radnitzky entered the world on August 27, 1890 in the humble surroundings of his immigrant parents’ South Philadelphia home, nobody would have guessed the heights to which the artist now known as Man Ray would reach. Lacking true painter’s skills himself, Man Ray learned to paint with photography. Although he mingled in Dada and Surrealist circles, May Ray defies categorization, spilling over into every nook and cranny of modern art in his pervasive influence and amazing reach. As much as Man Ray loved making art, he loved making art focusing on women even more. Man Ray’s Black and White (above, from 1926) draws a beautiful parallel between 1920s conceptions of cosmetic beauty and the simplified forms of African masks. Like Pablo Picasso and so many other artists of the time, Man Ray saw so-called primitive art as holding a primal energy that Western art lacked but could tap into. Just as Ray jumped from art movement to movement, he slipped as easily from muse to muse, tapping into a different primal energy. Works such as Black and White demonstrate how Man Ray mused on the nature of woman itself through the examination, often piece by piece, of women as individuals. 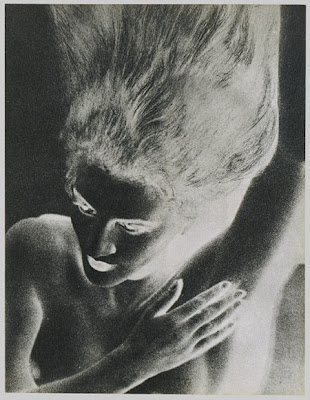 Using the photographic technique known as photograms, in which objects are placed on photographic paper that is then exposed to light, Man Ray created fascinating works of photography and even films rich in varied textures and shapes. Man Ray titled these works “Rayographs,” following the example of shameless self-promotion set by his friend Salvador Dalí. In addition to these sun-bred still lifes, Man Ray used the solarization technique of overexposing already exposed film to create near-negative effects as in the portrait of Jacqueline Goddard (above, from 1930). Goddard’s hair appears to flame out of her head thanks to the solarization effect. Ray makes Goddard seem almost devilish in appearance, perhaps alluding to the endless complications Ray’s endless stream of lovers carried in their wake. 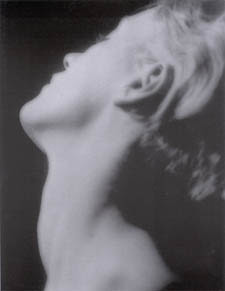 No other lover/colleague carried as much complicated baggage for Man Ray as Lee Miller. Miller’s combination of breathtaking beauty and surprising artistic talent left Man Ray helpless. Miller soon went from student to lover to obsession for Man Ray. He photographed her in countless poses, examining every inch of her naked body. The photograph known as Lee Miller or simply “Neck” (above, from 1930) shows how he tried to reduce the complete woman into smaller, understandable, and perhaps controllable bits. Miller and Man Ray argued over who first conceived the Rayographs and the solarizating effects. Miller claimed that Man Ray originally threw Neck away, and only reclaimed it after seeing how Miller had recropped the image for a greater effect. When Miller and Man Ray parted ways, Man Ray seemed to have lost his greatest muse and artistic soul mate. Few artists tried their hand at so many media in so many different styles as Man Ray, but the core subject of his art always remained the nature of love and the endless puzzle of what women (and men) want.

I saw Man Ray's work in Paris! I was lucky to be there at the time that exhibition was on!