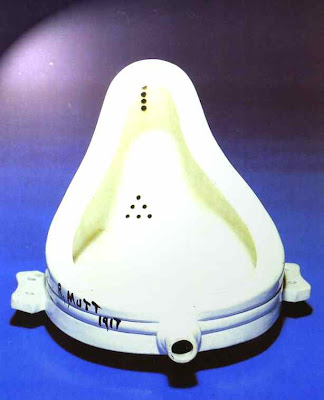 “I don’t believe in art. I believe in artists,” Marcel Duchamp once said. Duchamp, born on July 28, 1887, defies categorization, working on the margins of Dada and Surrealism yet always an art movement unto himself, placing himself as artist over any preconceived notion of “art.” With readymade art works such as Fountain (above), a repurposed urinal, Duchamp blurred the lines between the everyday and the artistic, all with a grand style of playfulness that tweaked the nose of the art establishment and drew an irreverent mustache on the Mona Lisa (which he actually did and titled Reproduction of L.H.O.O.Q.). 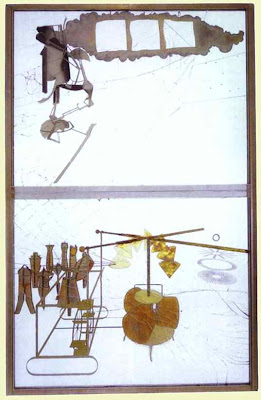 I never fail to be amazed at just how lucky the PMA is to have such an amazing collection of works by Duchamp. The centerpiece remains The Bride Stripped Bare by Her Bachelors, Even (above), also known as The Large Glass. Duchamp simultaneously invites and defies interpretation with the suggestive title and seemingly decipherable figures placed on the glass. Perhaps my favorite touch to The Large Glass is the spider web of cracks in the glass itself caused by an accident during shipping. Characteristically, Duchamp embraced this accident as just another aspect of art. Duchamp breathes fresh air into the stuffy galleries of museums. His readymades such as Fountain, Bottle Rack, Bicycle Wheel, and “In Advance of a Broken Arm” (a snow shovel; just add ice) elicit responses of “That’s not art!” but also ask “Why not?” 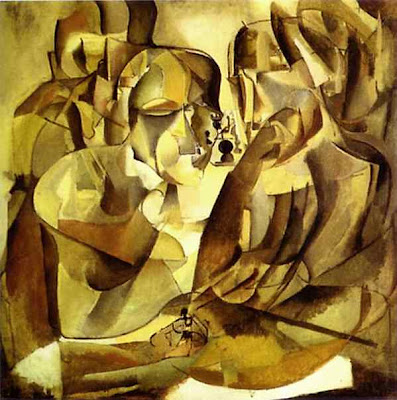 In the 1940s, Duchamp claimed that he was giving up art entirely to pursue his other consuming passion—chess. “I am still a victim of chess,” Duchamp said. "It has all the beauty of art—and much more. It cannot be commercialized. Chess is much purer than art in its social position.” Duchamp always sought this purity in art—a playfulness fraught with intellectual challenges infinitely generating new conceptions, new solution, and new problems. Duchamp’s Cubist Portrait of Chess Players (above) shows his amazing painting technique, most famous in Nude Descending a Staircase, No. 2, proving he was more than just a guy labeling urinals and defacing Old Master paintings. Of course, Duchamp never truly gave up art. For 20 years he worked on Etant donnes, an installation piece not shown until 1969, after Duchamp’s death, consisting of a door with a peep hole showing a nude woman with a lamp inside. Even giving up art for a game was part of Duchamp’s game.

“The individual, man as a man, man as a brain, if you like, interests me more than what he makes,” Duchamp once said, “because I’ve noticed that most artists only repeat himself.” Whatever else you say about Duchamp, you can’t say that he repeated himself. Art became a beautiful game in his hands, the components of which could be moved around a board like pawns towards a greater goal. Perhaps Duchamp’s greatest work of art was the life he lived of never-ending playfulness, intense intellectuality, and uncompromised artistic integrity.