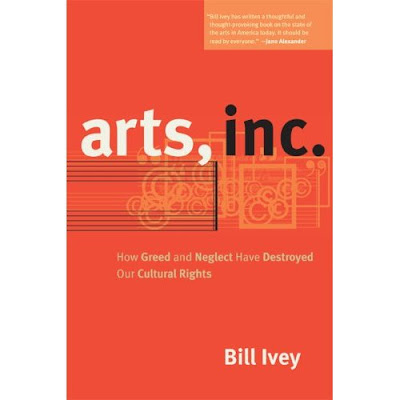 On December 18, 2000, NEA Chairman Bill Ivey delivered a speech in which he proposed a Bill of Cultural Rights for all Americans. Taking his cue from Article 27 of the United Nations’ 1948 Universal Declaration of Human Rights, Ivey viewed cultural rights as a “subset of human rights.” The six rights Ivey proclaimed were (1) the right to our heritage (versus corporate ownership), (2) the right to a “prominent presence of artists in public life” (versus the silencing of politicized art), (3) the right to an artistic life (i.e., the individual as active art maker and not just passive art consumer), (4) the right to be represented to the rest of the world by art that accurately represents America, (5) the right to know and explore art throughout the world, and (6) the right to an arts environment that takes risks and rewards innovation. Ivey’s words, like so many others, found little purchase in the American consciousness as the outcome of the disputed 2000 presidential election still remained unresolved. In Arts, Inc.: How Greed and Neglect Have Destroyed Our Cultural Rights, Ivey tries once again to call for a new approach to the arts that reclaims our cultural heritage from corporate interests and market forces so as to once again make it a vibrant and enlivening aspect of communal American life. “By neglecting our cultural environment,” Ivey warns, “we have ignored one of our nation’s most important and economical avenues to a life of satisfaction beyond materialism and consumption.” By reclaiming the arts, Ivey believes, every American will gain “a reservoir of identity and spiritual renewal powerful enough to replace the fading allure of empty consumerism.” As the mad acquisition of things continues to add up to a vast void within, only the arts can replenish the American soul. 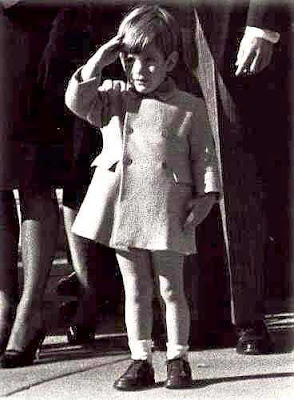 The bulk of Ivey’s work consists of following the long trail of cultural tears in which the promising beginnings of American culture became the prey of capitalism’s worst impulses. Because American culture formed relatively free of European monarchist traditions (although, of course, still shaped by them), it provided “a democratic alternative to art tailored to European elites,” Ivey writes. Ivey traces the rise of “the kind of vernacular artists who never could have build careers in the European world” thanks to “the liberating power of America’s diverse arts environment,” which mirrors it’s diverse population. Twentieth century technological advances soon gave everyone the opportunity to experience “Jewish humor, cowboy folk songs, and New Orleans jazz” in a great cultural melting pot. Soon, however, the power of market forces capitalized on the profits of culture at the expense of the value of that culture to the personal lives of citizens. Ivey declaims market forces as “a system with no mechanism to align action with the public interest,” and sees government intervention as the only solution to realigning art and commerce while still serving the American people’s full spectrum of needs. Citing the cost of $330 for running a photo of the famous salute by JFK, Jr. as his father’s hearse passed by in 1963 (above), Ivey calls companies such as Corbis “a retailer of the past” rather than a custodian. Listing statistics such as the preservation of only 20% of films made before 1920 and only 50% of films made before 1950 and the fact that nearly 50% of all television history is believed to have been lost, Ivey proves that retailers such as Corbis are poor stewards of our cultural heritage—either allowing it to rot rather than spend money for preservation or keeping it locked away to avoid competition with newer content. 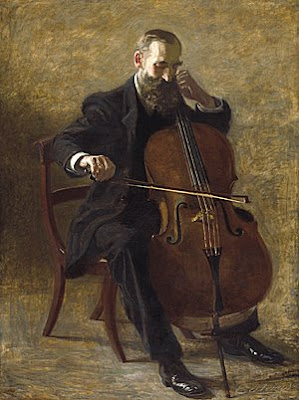 Coming from a musical background, Ivey spends most of his time discussing music, but his argument touches on all the arts. Ivey reveals art museums as poor stewards, too. “Financial pressures have not only prevented museums from protecting collections,” Ivey writes, “they have encouraged museums to continually look to their holdings as potential sources of income.” Those words struck home with me as a native Philadelphian who has seen the victory of keeping Thomas Eakins’ The Gross Clinic in the city come at the cost of sales of other works by Eakins such as The Cello Player (above, from 1896) by the PMA and PAFA to pay off the debts incurred during that rescue. The retention of The Gross Clinic tragically led to a net loss of works by Philadelphia’s greatest native-born artist and a loss for future generations seeking to know his work better. How many times have similar scenarios played out across the country as museums struggle with their limited resources against moneyed interests seeking to make the public heritage a private reserve? 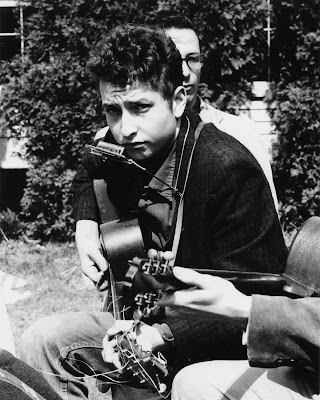 Ivey excels when he writes about the need for Americans to become art-makers again and not just art-consumers. “Art making is spiritual, long-lasting, and (compared to psychotherapy and drug rehab) relatively inexpensive,” Ivey asserts, “it contains and even expands many parameters of a well-lived life that have to date mostly been attributed only to work, religion, family, and community.” Strangely casual sports find acceptance in American society, but casual arts do not, stigmatized by the belief that art is “serious business” for professionals only. The joys of playing an instrument or painting are denied to whole generations suffering under such misconceptions. In line with this amateur revival is Ivey’s call for a larger embrace of risk in the arts. Could an artist such as Bob Dylan (above) find support in the music industry from a figure such as John Hammond today? Most likely not. The ever-growing power of copyright and the shrinking concept of “fair use” also combine to deny upcoming artists fertile interaction with the past, condemning them and us to an endless market-tested repackaging of the same tired blandness labeled “your next American Idol…” 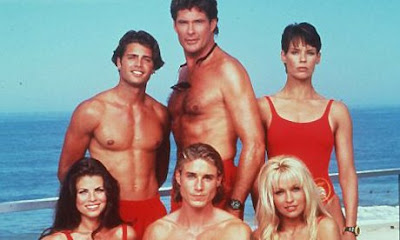 Ivey does struggle slightly when trying to unite government and the arts conceptually. I found Ivey’s claims for Ronald Reagan as “our most important artist-politician” on the merits of his B-movie career laughable. Taking snippets from Reagan idolizers, Ivey ascribes to Reagan an interior life and motivations that Edmund Morris, Reagan’s official biographer, could not. Morris, an award-winning biographer, found such a void where the person of Ronald Reagan should have been that he resorted to creating a fictional character in the biography Dutch just to add a human element. Ivey finds his footing again, however, when he decries the cultural face the marketplace presents to the world in the absence of a government-sanctioned persona. “Shows like Baywatch, Sex and the City, and Ally McBeal [all popular U.S. shows overseas] are… determinedly secular, drenched in sex and near nudity, and unabashedly exemplary of American materialism and hedonism,” Ivey writes, which understandably leads to “cartoonish stereotypes” of America in the minds of Middle Easterners and others around the world. Perhaps more realistic depictions of American life could solve some of the fundamental problems we face throughout the world today.

“Can our democracy really tolerate a system that makes culture, art, and communication this difficult and expensive?” Ivey asks in the end. An ever-growing chasm between the cultural haves and have-nots threatens to leave too many Americans behind. Even the cultural haves still face the emptiness of passive cultural consumption without the imaginative renewal of art making. The gnawing emptiness so many Americans feel today originates in this selling of our collective cultural soul. Many will decry Ivey’s call for government intervention in the marketplace as more “liberal” intrusion into the life of the individual citizen—another removal of choice, here the choice to sit in front of the TV and watch Baywatch or listen to the next American Idol CD. What such “libertarians” won’t admit is the already existing intrusion of big business into the lives of Americans through such media, which plays to the lowest common denominator and excludes a whole range of experience. Ivey asks only that the American people receive the proper due, namely the heritage their ancestors left for them. By returning to such a past, we will find the strength and imagination to face the future.

[Many thanks to the University of California Press for providing me with a review copy of Bill Ivey’s Arts, Inc.: How Greed and Neglect Have Destroyed Our Cultural Rights.]