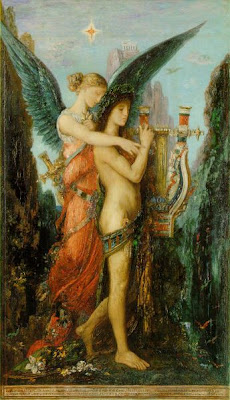 For the June Art Poll By Bob, in honor of Kristi Yamaguchi winning this season’s Dancing with the Stars, I thought I’d ask, “Which of the following paintings of dance is your favorite?” You picked Edgar Degas (Blue Dancers, 1898) and John Singer Sargent (El Jaleo, 1882) as co-favorites with 22 votes. Henri Matisse (Dance (II), 1910) with 14 votes, Pierre-Auguste Renoir (Dance at Bougival, 1883) with 9 votes, and Pablo Picasso (The Three Dancers, 1925) with 6 votes rounded out the field. Many thanks to everyone who voted.

For July, I did a great deal of musing on what question to ask and came up with the idea of musing itself—namely, Who is the greatest painter’s muse of all time? (Gustave Moreau’s Hesiod and the Muse, from 1891, appears above.) The candidates are: 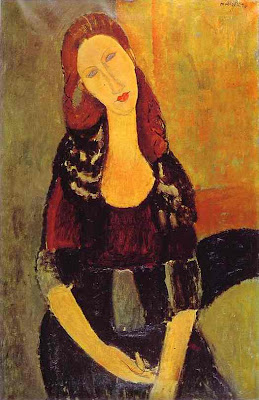 Joanna Hiffernan, muse of James McNeill Whistler and Gustave Courbet (shown in Whistler’s Symphony in White, No. 1: The White Girl, 1862) 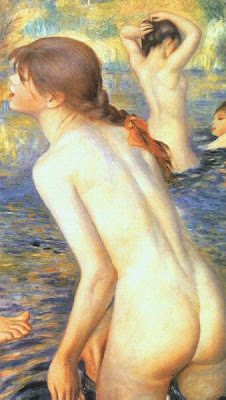 Aline Charigot Renoir, muse and wife of Pierre-Auguste Renoir (shown in The Bathers, 1887) 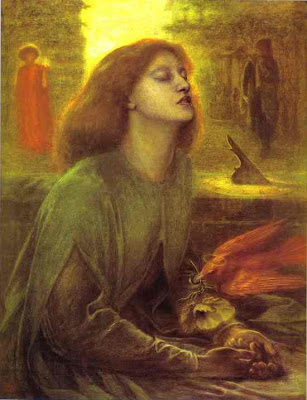 Elizabeth Siddal, muse of Dante Gabriel Rossetti and other members of the Pre-Raphaelite Brotherhood (shown above in Rossetti’s Beata Beatrix, 1864-1870) 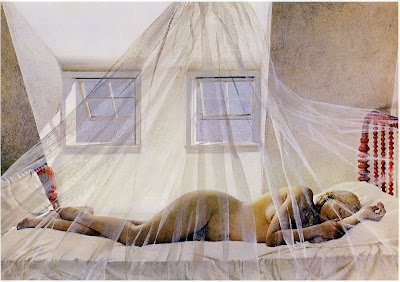 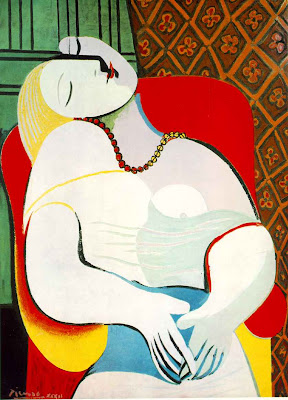 Marie-Therese Walter, one of many muses of Pablo Picasso (shown in The Dream, 1932)

Obviously, this is a short list of the many people who have inspired artists with their physical charms and personality, and a clearly heterosexual male one at that. (I was tempted to include Francis Bacon’s muse and lover George Dyer.) Of all the many wives and husbands who have posed for artists, I restricted myself to Modigliani and Renoir’s better halves. I also exercised restraint in picking just one of the many women Picasso drew inspiration from—exercising much more restraint than Picasso ever did, in fact. If you have any other candidates for the top muse, especially men who inspired female artists, please speak up in the comments. As always, thanks for reading and thanks for voting.

Excellent Blog...glad I found a new source for checking out what's new and hot in the Arts...Thanks for writing good content!!!

Georgia O'Keefe was a muse and model for Alfred Stieglitz. Unfortunately, I don't know if she ever depicted him.