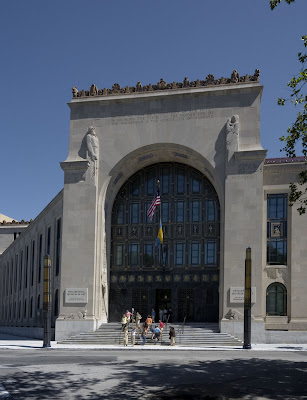 Philadelphia Museum of Art, the Ruth and Raymond G. Perelman Building: Opening to the public on September 15, 2007, the building has been renovated and expanded by Gluckman Mayner Architects with new galleries and study centers. (Photo: Copyright David Heald)

“I’m pinching myself!” began Anne d’Harnoncourt, Director and CEO of the PMA at the press preview for the grand opening of the Ruth and Raymond G. Perelman Building (above), the exciting new addition to the PMA’s footprint. Perhaps the most exciting aspect of this new building is its educational emphasis. While announcing Wachovia’s generous offer to provide for free admission to the Perelman through the end of 2007, Bill Knott, Regional President of Wachovia, expressed Wachovia’s commitment to education and his wish to see the Perelman become “the biggest and best living classroom in Philadelphia.”

The Wachovia Educational Resource Center at the Perelman stands as a living testimony to this educational emphasis. The center provides educational materials that teachers can borrow to integrate their teaching plans with art history. As Steven Wills, Project Coordinator, Education Technology, in the PMA’s Division of Education, told me, “Art history is history… Mathematics, physics, you name it, any subject can be tied in to the arts.” Free wi-fi will allow teachers to bring in their laptops and plan class trips to the museum. The PMA’s Division of Education provides tours tailored to different grade levels that should instill an early love of art and an understanding of how integral art and culture are in a well-rounded life. 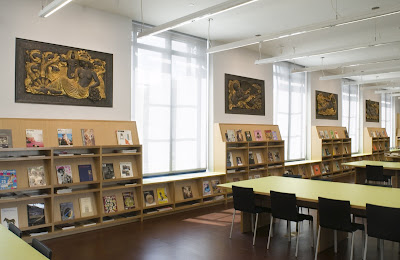 A view of the library reading room in the Perelman building, with bronze plaques by Paul Manship, representing the four elements. (Photo: Sahar Coston)

The PMA’s own library (above) of art books and periodicals now is more accessible to the public in the Perelman Building. Once relegated to the bowels of the old building, the library now sits on the second floor of the Perelman with spacious areas for visitors. As Ms. d’Harnoncourt eloquently stated in her remarks, “Nothing means more to the museum staff than having a connection with the public.” Between the Wachovia Educational Resource Center and the increased profile of the library, the PMA has taken great strides to connect with the Philadelphia community. Whether the community can meet them half-way is the true question. 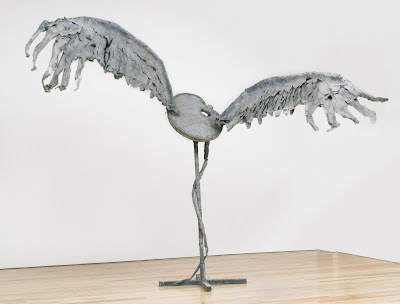 Of course, the greatest and most obvious connection the PMA makes with its surroundings is through its art works. The Perelman houses the Prints, Drawings, and Photographs and the Costumes and Textiles Departments. Three glorious galleries entered through the majestic Skylit Galleria will provide sorely needed exhibit space for these collections as well as for the furniture and design exhibits dwarfed previously in the main building. Another high-ceilinged mammoth exhibit space will provide space for works not shown in the main building due to space limitations. The inaugural exhibit for this hall, A Conversation in Three Dimensions: Sculpture from the Collections, takes full advantage of the cavernous area, showing off large works such as Anselm Kiefer’s Palette with Wings (above) and Sol LeWitt’s Splotch wonderfully. 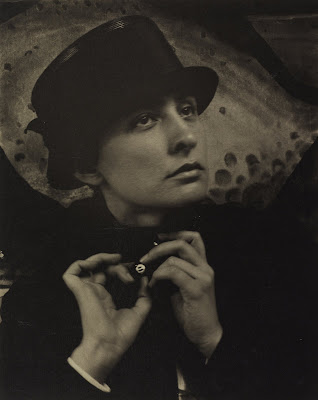 The other inaugural exhibits show off their respective departments beautifully. The photography department reached back to their roots and pulled out their collection of photos by Alfred Stieglitz, a gift from his partner Georgia O’Keeffe, who appears in many of the images (an example is above). The costume department showcases three designers with Philadelphia connections in A Passion for Perfection, which examines the little black dress and beyond. Designing Modern: 1920 to the Present provides a quick overview of modern design and furniture from Art Deco to the Bauhaus to the Postmodern. 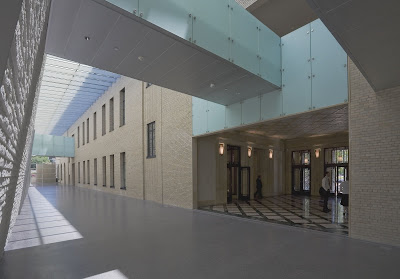 Philadelphia Museum of Art, the Ruth and Raymond G. Perelman Building: A dramatically torqued wall, clad in concrete brick, extends the length of the canted Skylit Galleria. Opposite is the original rear-facing exterior wall, preserved and integrated under the skylight with the new addition. The entrance lobby, original to the 1927 building, is seen at right, with its Deco fixtures, finishes and marble flooring. Opening to the public on September 15, 2007, the Perelman Building has been renovated and expanded by Gluckman Mayner Architects with new galleries and study centers. (Photo: Copyright David Heald)


The building itself is simply beautiful. The PMA chose to expand by adopting and repurposing a building built around the same time as their own building rather than create a new building from scratch. The architectural firm of Gluckman Mayner preserved many of the original Art Deco aspects of the original building and seamlessly folded in more modern elements. The Skylit Galleria (above) provides wonderful natural light and a sense of openness without the sterility of a venue such as the new MOMA, which veered too much in a minimalist direction in their redesign. As Richard Gluckman noted in his remarks, the Skylit Galleria exists for “circulatory and celebratory” reasons, acting as the heart of the Perelman and the clearest reflection of the warm, human, joyously celebratory spirit of the building. (For the Philadelphia Inquirer’s take on the Perelman’s architectural achievement, go here.) 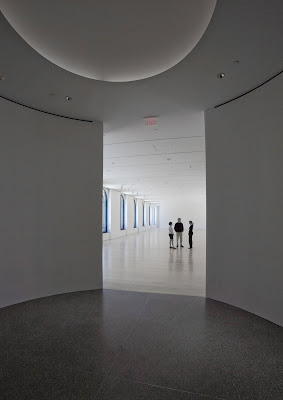 Philadelphia Museum of Art, the Ruth and Raymond G. Perelman Building: A view from the first floor lobby through the rotunda to the expansive special exhibitions gallery. Opening to the public September 15, 2007, the Perelman Building has been renovated and expanded by Gluckman Mayner Architects with new galleries and study centers. (Photo: Copyright David Heald)

Walking around the building at the press preview, I could feel the electricity in the air. The enthusiasm of the staff was infectious. Here was a living museum in every aspect. I only wish that every museum-goer could share in that experience at that level of intensity. Getting to venture into the never-seen corners of the museum, such as the new, immaculate conservation laboratories, made me wonder why such opportunities couldn’t be incorporated into some kind of tour. The PMA obviously wishes to embrace the community and further the cause of art and culture with the Perelman and what it represents. A few more steps towards total transparency are little when they’ve come so far. 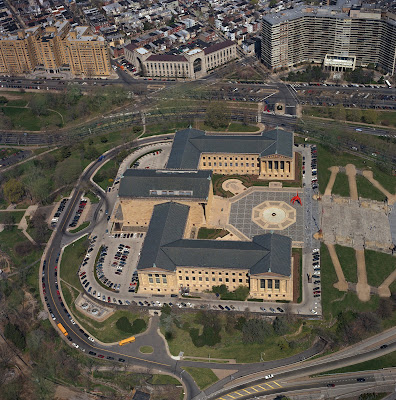 The Philadelphia Museum of Art and to the right, the Ruth and Raymond G. Perelman Building, with its red terracotta roof. Opening to the public on September 15, 2007, the Perelman Building has been renovated and expanded by Gluckman Mayner Architects with new galleries and study centers. (Photo: Graydon Wood)

Anyone in the Philadelphia area who loves art should experience the Perelman as soon as possible. The official ribbon cutting is Saturday, September 15th at 10 am. But, more importantly, anyone who has never experienced art must go there, especially if they have children. The musty museum of common misperception doesn’t live here. Here is a living museum, a living classroom that educations, entertains, and elevates the spirit.

[Many thanks to the PMA for inviting me to attend the Perelman press preview and share in this important landmark in their history and the history of Philadelphia. Thanks also to the PMA for the images above.]