Putting a Face to the Name 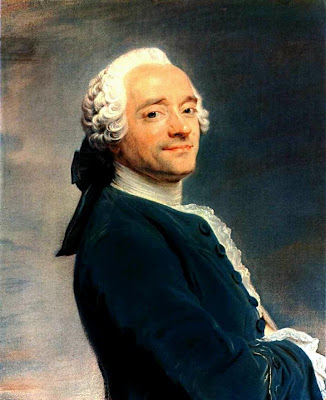 I’ll never forget the first time that I went to the Metropolitan Museum of Art in New York City and was walking down a hallway from one gallery to another, trying to cram in as many masters as possible in a single day. Along the walls of the corridor were photographs and works on paper that I had to sadly rush by if I was going to see everything I wanted to see. Suddenly, one work stopped me in my tracks. I couldn’t believe how lifelike the portrait was. When I saw that it was pastels, I couldn’t stop looking closer and closer. A self-portrait by Maurice-Quentin de la Tour, born September 5, 1704 , floored me that day and has kept flooring me since. (Another Self-Portrait from 1751, at the height of his fame, appears above.) 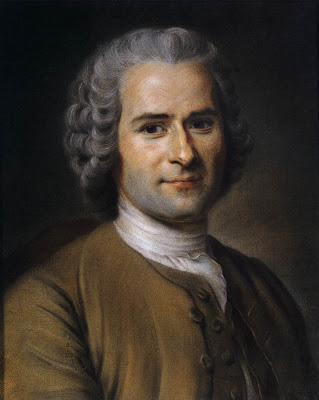 La Tour took the medium of pastels to places it had never been before while working in 18th century France. Having tried my hand at pastels, I never cease to be amazed at just how realistic he could make his portraits, pairing the precision of oils with the pure color of pastels. La Tour took France by storm in the 1750s with his incredible portraits of the rich and famous—everyone from the philosophers Voltaire and Rousseau (shown above) to Louis XV and his family. “I penetrate into the depths of my subjects without their knowing it,” La Tour once said, “and capture them whole.” Although the prejudice against pastels as something for children already was waning when he came along, La Tour shattered that idea entirely, opening up a realm of possibilities for later masters of pastel such as Edgar Degas and Mary Cassatt. 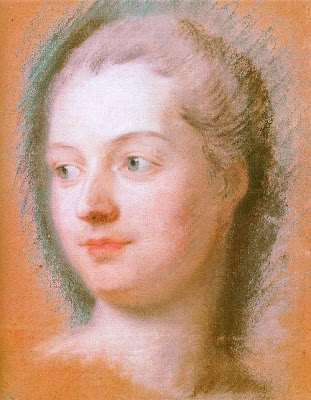 Dying in 1788 at the age of 84, La Tour didn’t live to see the bloodshed of the French Revolution and “the Reign of Terror” to follow. Unlike the frothy Rococo works of his contemporary Jean-Honore Fragonard, La Tour’s portraits present the personality and individuality of the elite of his time, such as the intimate portrait of Madame Pompadour above. La Tour painted a life-size portrait of Madame Pompadour in all her sartorial splendor that wowed audiences at the Salon, but I find this simple head shot to get at the person behind the persona. Such psychological insight makes La Tour’s portraits seem almost modern today, enough to stop anyone in a rush dead in their tracks.