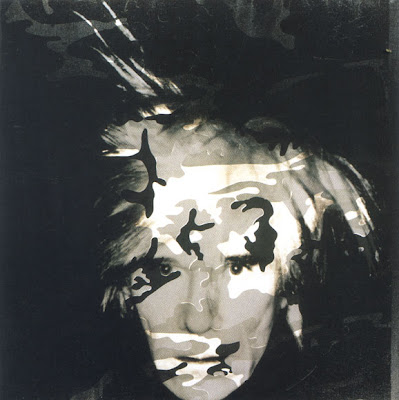 Andy Warhol looks a scream
Hang him on my wall
Andy Warhol, Silver Screen
Can't tell them apart at all


Andy Warhol was born Andrew Warhola in Pittsburgh, Pennsylvania on August 6, 1928. As in his Self Portrait With Camouflage (above) from 1986, just one year before his death, the public persona Warhol forged covered over much of the real person beneath. Because of his hyperpublic profile while alive and the continued proliferation of his Pop Art works posthumously, the “real” Andy Warhol (if there ever were such a thing) may go forever unknown. Warhol’s famous “15 minutes of fame,” in his case, seems caught in a perpetual loop, much like one of his endless experimental films. 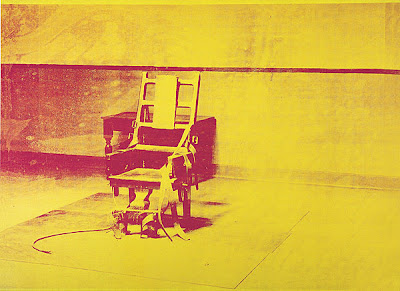 Much of Warhol’s art and life were shaped by his health. Warhol contracted St. Vitus’ Dance as a child, which left him with nervous ticks and blotchy skin for the rest of his life, along with other assorted physical ailments. Bedridden for much of his childhood, Warhol surrounded himself with the trappings of pop culture, including the pictures of movie stars. “I love Hollywood. They’re so beautiful,” Warhol once said. “Everything’s plastic, but I love plastic. I want to be plastic.” Plastic, of course, never gets sick and never dies. It’s interesting to contrast the childhoods of Warhol and Andrew Wyeth, who was also sickly and homeschooled. Wyeth, surrounded by the fields and forests of Chadds Ford, Pennsylvania and his father’s illustrations of children’s books, created a world of pure imagination based on a realist foundation. Warhol, surrounded by images of skin-deep glamour, reproduced that world of pure surface in his own persona and his artwork. Yet, whereas Wyeth found life, Warhol too often found death. Electric Chair (above) from 1967 epitomizes Warhol’s obsession with death. A member of his famous Factory shot Warhol in 1968, nearly ending his life. Warhol’s life-long hypochondria and fear of hospitals seemed justified when he finally met his end in 1987 from a heart attack in a hospital bed, a complication of a “simple” gallbladder operation. 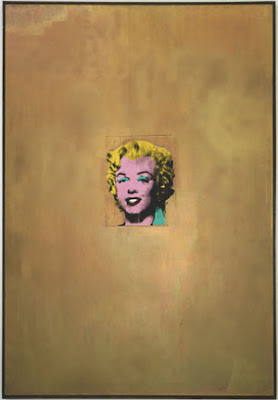 Behind the bizarre appearance and beneath the crazy wigs, the Warhol of the 1970s disco scene was also the devout Byzantine Catholic who attended mass nearly every day of his adult life and volunteered at homeless shelters. Overtly religious works riffing off of da Vinci’s The Last Supper were found in Warhol’s studio after his death. However, hidden religious meanings can be found in many of his more famous works. Gold Marilyn (above), Warhol’s iconization of movie star Marilyn Monroe made shortly after her death in 1962, transforms Marilyn into a Madonna for the media age—Christianity morphed into celebrity worship. In his celebrity portraits of Elvis Presley, Che Guevara, Mao Zedong, and others, Warhol created a modern pantheon of saints and devils for the new religion of mass media culture. Whether these portraits were cynical jabs at the misplaced devotion or sincere acts of faith by Warhol, only Andy knows for sure.

[BTW, Jonathan Jones at the Guardian recently examined Warhol’s dark side as well.]