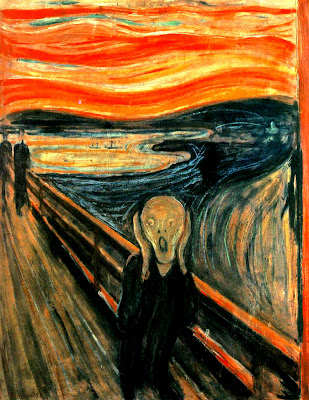 For art history, August 21 and 22 are the dates that will live in infamy, not December 7th (all apologies to FDR). In some strange nexus of negative karma stretching over nearly a century, three of the greatest art heists of all time took place on these dates: the theft of the Leonardo da Vinci’s Mona Lisa from the Louvre in Paris, France on August 21, 1911; the theft of Goya’s Duke of Wellington from the National Gallery in London, England on August 21, 1961; and the theft of Edvard Munch’s The Scream (above) and Madonna from the Munch Museum in Oslo, Norway on August 22, 2004. Each story ends happily with the works returned safe and sound, but the stories behind each still bewilder and amaze. 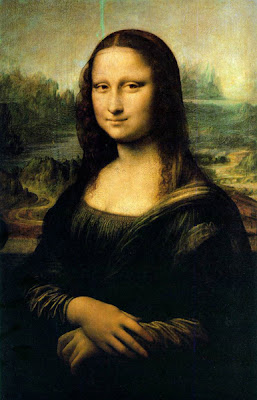 In many ways, the stealing of the Mona Lisa made it the icon we know today. Donald Sassoon’s Becoming Mona Lisa wonderfully examines just how famous Mona became after she was missing. On August 21, 1911, a commercial painter named Vincenzo Peruggia who had worked in the Louvre in 1908 walked into the Louvre and waved to the guards who still remembered him and who assumed that he was there to work, since it was the day the museum was closed to the public. Peruggia strolled up to the Mona Lisa, pulled it from the wall, removed it from its frame in a nearby stairwell, and sauntered out of the Louvre with Da Vinci’s masterpiece beneath his painter’s clothing.

An entire day passed before anyone noticed the missing painting. The Louvre shut down for a week after it was discovered. Theophile Homolle, the Louvre’s director, was forced to resign. Without any clues, police followed every thin lead, arresting even poet Guillaume Apollinaire momentarily as a suspect. In November 1913, Peruggia contacted an Italian art dealer, hoping to sell the painting to the Uffizzi. The dealer contacted the police and Peruggia was apprehended. After two years of squirreling the masterpiece beneath his bed, Peruggia claimed that he only stole the Mona back for Italy, since it had been “stolen” by Napoleon and the French. (In reality, King Francois I of France purchased the Mona Lisa from Da Vinci in 1516.) France allowed the Mona Lisa to tour Italy for two years before she returned to the Louvre, her reputation magnified immensely by the worldwide press surrounding the sensational robbery and the amazing recovery. 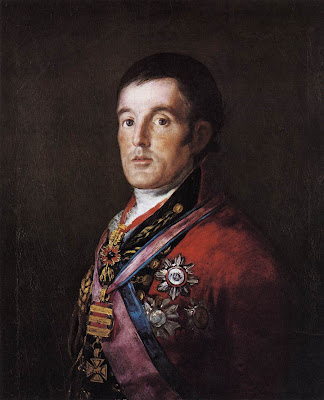 In 1961, the British government purchased Goya’s The Duke of Wellington for the National Gallery to keep it on British soil and out of the hands of an American collector. As a consequence, the tax levied on all persons owning a television was increased. Not liking higher taxes (or anyone trying to take away his television programs), 61-year-old pensioner Kempton Bunton sprang into action. Climbing through an open bathroom window of the National Gallery one morning, Bunton grabbed the painting and nimbly scampered back through with Goya’s portrait of the Hero of Waterloo. Reuters soon received a letter offering the return of the painting in exchange for a decrease in the television tax, which the government refused. Police were baffled. The Duke of Wellington “appeared” ever so briefly in the 1962 James Bond film Dr. No hanging on wall of the title supervillain’s lair and drawing a double-take from the superspy. Four years later, the press received another letter saying where the painting could be recovered, safe and sound. Bunton surrendered voluntarily 6 months later, and received only 3 months of prison time. The moral—NEVER get between an old man and his television! 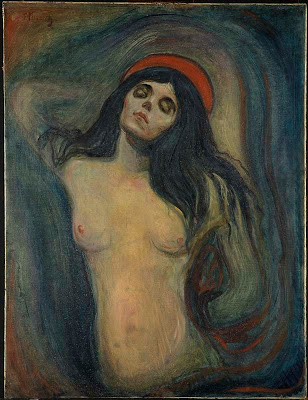 Any humor or eccentricity in art thievery ends with the theft of Munch’s Scream and Madonna (above) on August 22, 2004. Masked and armed thieves rushed into Oslo’s Munch Museum in broad daylight, threatened patrons and guards at gunpoint, and pulled the paintings from the walls with ease. Justifiably, the museum guards placed the safety of the museum-goers over that of the art itself, something that some later critics amazingly saw as misplaced priorities. The museum improved their overall security, including more modern alarm systems, in the aftermath of the theft. Two years passed before the paintings were recovered, safe and sound. The thieves received sentences of 8, 7, and 4 years of prison time, depending on their level of involvement. The shocking violence of the Munch robbery made art lovers long for the days of misguided nationalists and disgruntled old men.