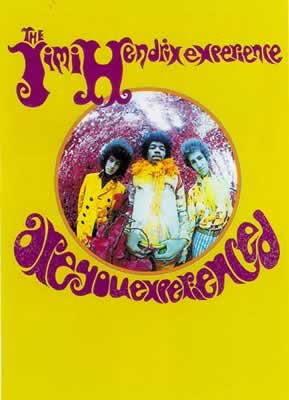 Having been born in the Summer of Love of 1967, I couldn’t help but be intrigued by the new exhibit at the Whitney Museum of American Art in New York titled Summer of Love: Art of the Psychedelic Era. The show consists of paintings, photos, and sculptures from the period, as well as multimedia installations, videos, and even album covers and concert posters. Jimi Hendrix’s Are You Experienced? poster appears above. (Dislcaimer: My parents never were and never will be hippies. I was not conceived at Woodstock or anything remotely like that. In the 1960s, they were still listening to music from the 1950s.)

The press release from the Whitney gives a full run down of what the show is about. The Tate Liverpool hosted the show previously and their web site has a great rundown as well , including cool psychedelic screensavers to download. Very grooooovy… 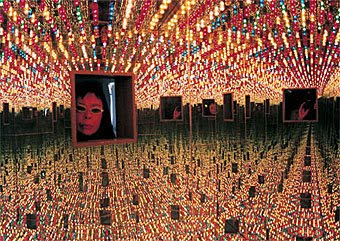 The great thing about the art they’ve selected is that it really tries to capture all the contradictions of the age. Here was a culture full of hope and openness, especially sexually, right next to a culture of warfare and (soon-to-be Nixonian) repression. For every Jimi Hendrix riff, there was an indelible image of Vietnam. I haven’t seen the show yet and don’t know exactly what’s involved, except for a mention of a rare watercolor by Jimi Hendrix himself, but I hope that they included Yayoi Kusama’s Infinity Mirror Room—Love Forever (still image above), her mind-boggling installation room which I’ve only seen in stills but can only guess is like tripping without the LSD. 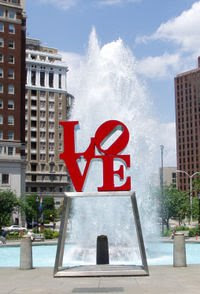 Robert Indiana’s work also appears in the show, and no true son of Philadelphia can think of Robert Indiana without thinking of the LOVE statue (above) in LOVE Park near Philadelphia City Hall. Indiana’s LOVE statue stands as a reminder of the Summer of Love for Philadelphians, and I hope that this exhibit reminds people of the promise that the Summer of Love held 40 years ago and could hold again today. As the song says, “What the world needs now is love, sweet love. It’s the only thing that there’s just too little of…”
Posted by Bob at 5:11 AM