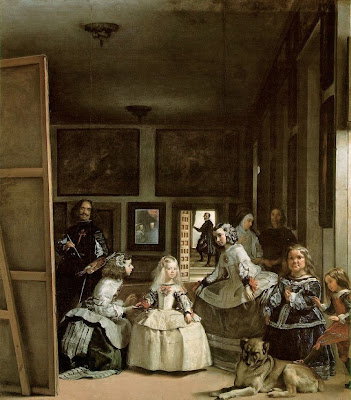 Diego Velazquez, the Father of Spanish Painting, was baptized on this date in 1599. Court painter to King Philip IV of Spain while alive, in death Velazquez has held court over other painters for almost 350 years since. When Picasso made the statement about certain art being “more alive today” that I use as the epigram for this blog, I’m pretty sure he’s talking about Velazquez.

Velazquez’s most famous painting is Las Meninas (above), which shows the daughter of the new queen of Spain having her portrait made by Velazquez, who paints himself at the easel over on the left. Paintings reacting to this painting have been done by Goya, Picasso, and Dali, among others. John Singer Sargent painted a copy of Las Meninas and later used a similar composition in his monumental Daughters of Edward Darley Boit. The French philosopher Michel Foucault centers the opening chapter of his The Order of Things around Las Meninas’ exploration of the problems of representation through the depiction of screens (such as that on the left of the painting) and mirrors (such as the one at the back center, showing the reflection of the royal couple viewing the proceedings). The modernism of Velazquez’s composition belies the 17th century dress of his subjects. 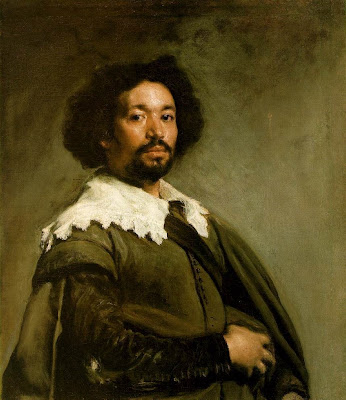 Thomas Eakins traveled to Spain and the Prado Museum to view Velazquez’s paintings and came away greatly influenced by the Master’s approach to portraiture, such as his Portrait of Juan de Pareja (above). Anyone familiar with any of Eakins’ portraits (including his memorable Self Portrait) should immediately recognize the familiar somber background and the deep psychological insight of the sitter’s facial expression and physical pose. 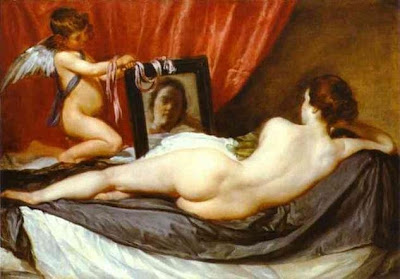 The Toilet of Venus (aka, The Rokeby Venus) (above) remains one of the landmark nudes of Western art. Velazquez’s bold, bravura nude echoes down through the corridors of art history in the Grand Odalisque of Jean-Auguste-Dominique Ingres as well as Edouard Manet’s Olympia, which I’ve always thought of as The Rokeby Venus turned around. 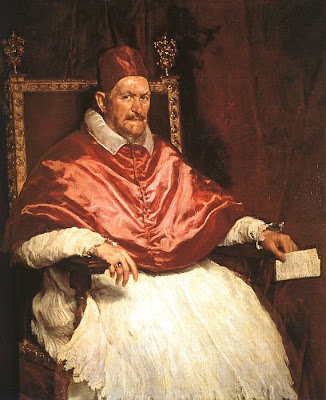 Francis Bacon took Velazquez’s Pope Innocent X (above) and created a series of horrific images reflecting modern nihilism’s loss of innocence and reverence for the spiritual. Bacon takes Velazquez’s Pope and turns him into a primal scream, repurposing the Old Master for a New Age, as so many had done before him.

Each generation rediscovers Velazquez and embraces him over and over again, ensuring that his vision will always live on.
Posted by Bob at 5:48 AM